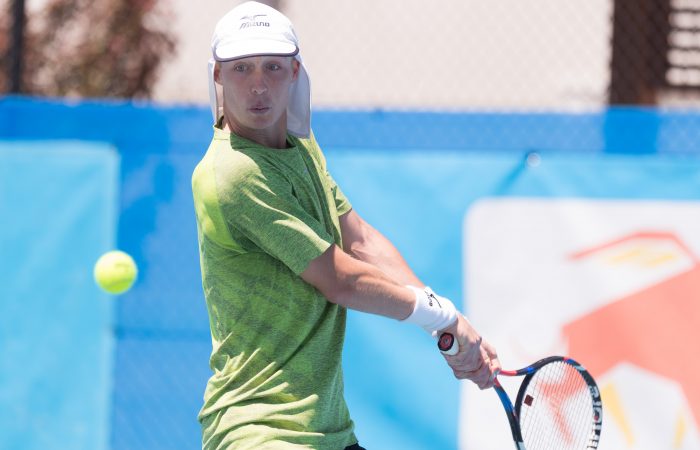 Marc Polmans has again reached the semifinals at the Apis Canberra International after bundling out unseeded American Alexander Sarkissian on Friday.

After reaching the final in 2016 – where he lost to James Duckworth – the 20-year-old Victorian said it felt good to once again reach the weekend stage.

“I like playing in Canberra, so hopefully it can keep going,” he said. “There’s a bit of altitude here which helps my serve and it tends to get a bit windy which I don’t mind.”

After his 7-6(3) 6-3 victory, Polmans is now due to face third seed Matthew Ebden, who eliminated Queenslander Blake Ellis 6-2 7-6(3) in what was the teenage wildcard’s maiden ATP Challenger quarterfinal. Ellis put together a solid week in Canberra posting wins over Austrian Lucas Miedler and American No.6 seed Evan King.

“I’ve never played Matt before but I’ve watched him play a fair bit over the years,” Polmans said of the semifinal showdown with Ebden. “It will be interesting to see how it goes.”

Polmans reached a career-high world No.175 in June this year and currently sits at No.301 after a demanding schedule in the back half of the season.

“My rankings going in the right direction again,” he said. “I’ve just got to keep working hard. I’m playing well at the moment.”