Jetstar CEO to lead new era for Tennis Australia Board

New Tennis Australia Chair Jayne Hrdlicka is keen to lead the sport into a new era of growth and prosperity. 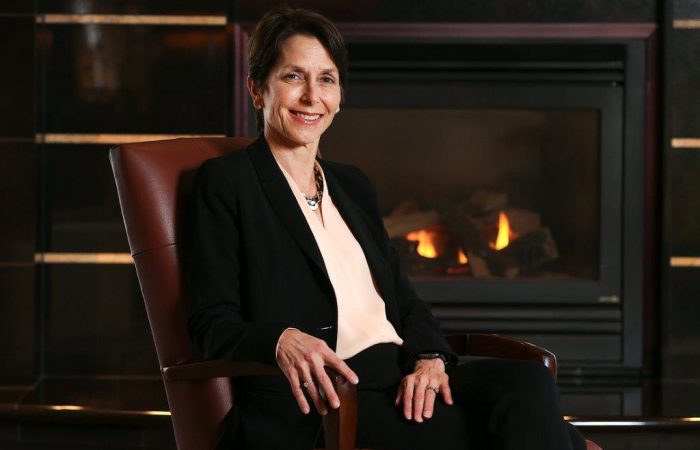 New Tennis Australia Board President and Chair Jayne Hrdlicka is keen to lead the sport into a new era of growth and prosperity.

The Jetstar Group CEO was this morning elected to the role until 2020 following the retirement of Chris Freeman AM.

Ms Hrdlicka is the first female to lead the TA Board in the national organisation’s history.

Appointed to the Board in January 2016, Ms Hrdlicka brings an outstanding career track record to the role with experience in a variety of sectors, including aviation, tourism, retail and technology orientated businesses.

She has been the CEO of the Melbourne-based Jetstar Group, a wholly owned subsidiary of the Qantas Group, since 2012 which includes Jetstar’s international and domestic operations in Australia and New Zealand and Jetstar-branded airlines in Singapore, Japan and Vietnam. From November 2017, Ms Hrdlicka will move from CEO of Jetstar Group to become CEO of Qantas Loyalty and Digital Ventures, which will now also include innovation.

Ms Hrdlicka said her initial focus would be on collaboration and transparency, as well as continued momentum in sport participation and performance.

“We have strong leadership across the sport and we need everyone working together to deliver great outcomes around Australia.

“Tennis Australia has undergone an unprecedented period of growth this past decade. Craig Tiley and his team have done a remarkable job to develop and promote Australian tennis across the world.

“There is a great foundation upon which to build the future success of the sport. That involves the growth of the Australian Open, Australian Open Series, continually enabling our national teams to achieve their best, helping identify and nurture the next generation of talent, working closely with the nation’s coaches, growing the participation base throughout the nation and ensuring tennis is the sport of choice for our kids.

“We can only do that together as a unified tennis community, communicating regularly and following a well-constructed strategy,” she explained.

Ms Hrdlicka joined Qantas in 2010 holding several senior executive roles and is a member of the Qantas Group Executive Committee. She is a former Non-Executive Director of Woolworths, was a senior partner with management consulting firm Bain & Company in the United States and held roles in Asia and Australia.