Rogowska on a roll in Cairns

Olivia Rogowska continues her strong form over the past month in reaching the semifinals at the Australian Pro Tour event in Cairns. 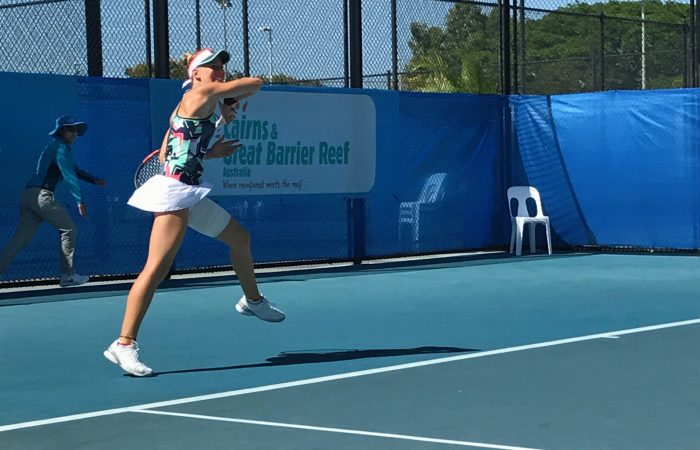 Victorian Olivia Rogowska has reached her third Australian Pro Tour semifinal in the last month after dispatching Ellen Perez 6-4- 6-0 on Thursday at the Cairns Tennis International.

“I feel like I’m getting stronger each week,” Rogowska, who won the ITF $25,000 title in Penrith, said. “I’ve been working really hard and it feels good to see it all starting to pay off.”

“I’m getting lots of matches and learning something new every time I play,” she added. “I will just keep working my way towards January and the Australian Open.”

The world No.224 was pushed hard in the first set against Perez, who was hampered by a shoulder injury, but once she found her rhythm it was all one way.

“Ellen had me on the back foot early,” she said. “But once I relaxed in the second set I really got things on my terms.”

The remaining semifinal will see another of the Japanese contingent, third seed Erika Sema, play Abigail Tere-Apisah (No.7) of Papua New Gunea. Sema overcame Naiktha Bains on Friday after the Queenslander made a strong run to the quarterfinals.

In men’s quarterfinal action, top-seeded Victorian Omar Jasika was forced to retire with a shoulder complaint in his match against the resurgent Jason Kubler after the Queenslander took the first set in a tiebreaker and led 3-0 in the second.

Kubler, a finalist last week in Toowoomba, now meets South Australian Alex Bolt (No.3) for a place in the final. Bolt was too strong for China’s Gao Xin, winning 6-4 6-1.