Jordan Thompson, Arina Rodionova and Priscilla Hon have qualified for ATP and WTA events in Asia this week, boosting the number of Aussies in action this week to seven. 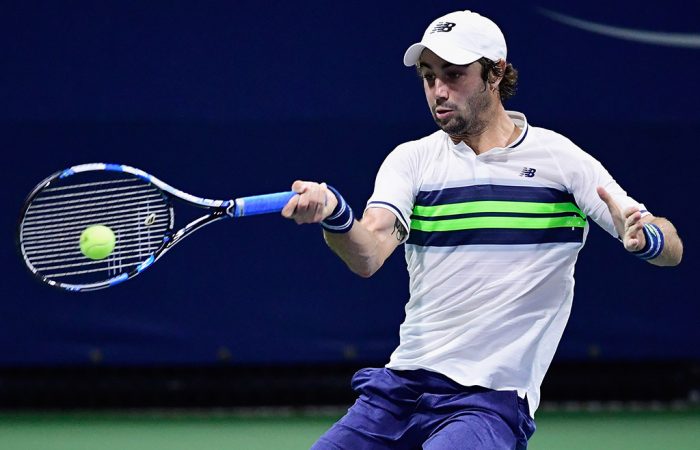 Jordan Thompson will join Nick Kyrgios in the main draw at the Shanghai Rolex Masters after coming through qualifying on Sunday.

The Sydneysider beat Switzerland’s Henri Laaksonen 6-2 6-3 to clinch a spot in the 56-player draw, after a similarly comprehensive win over Bai Yan in the first round of qualifying.

Thompson will now face in-form Argentine Diego Schwartzman for a shot at No.2 seed Roger Federer in the second round.

Kyrgios, meanwhile, is the 13th seed, and opens against American Steve Johnson. Should the seedings hold, he would meet fourth seed Marin Cilic in the last 16.

At the WTA event in Hong Kong, Priscilla Hon’s qualification ensures there will be four Aussie women taking to the courts of the Victoria Park tennis complex when the action kicks off on Monday.

She takes on another qualifier, Jacqueline Cako, in the first round.

Gavrilova, the No.7 seed, also takes on a qualifier (Japan’s Miyu Kato) while Stosur opens against wildcard Ya-Hsuan Lee.

A win for Stosur would likely set up a second-round match against No.4 seed Agnieszka Radwanska, while Gavrilova is seeded to meet Caroline Wozniacki in the quarterfinals.

Super excited for my first round tomorrow here in HK. 2nd after 3pm! Also shoutout to @pribo98 for qualifying today 😎

Cabrera takes on qualifier Shuko Aoyama in round one, and should she progress would likely face Wozniacki, the No.3 seed.

Wozniacki faces off against Eugenie Bouchard.

In the first round of the main draw she takes on Spaniard Sara Sorribes Tormo.