Kubler can in Brisbane

As seeds Bradley Mousley and Harry Bourchier progress, Jason Kubler returns to Brisbane in his first professional outing at home for eight years. 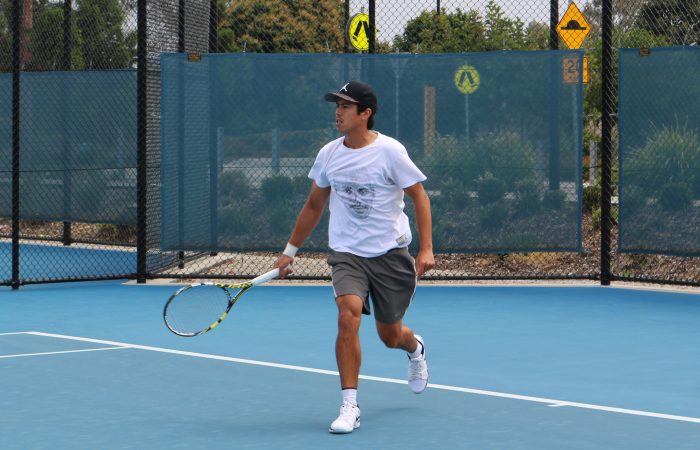 With main draw play getting underway at the Brisbane QTC Tennis International on Tuesday, hometown product Jason Kubler hit the practice courts ahead of his first round clash with American Nathan Pasha.

“I’m actually quite excited to finally play in Brisbane again,” the former junior world No.1 said. “Even though I train here it’s been a very long time since I played anything here.”

In fact, it was as a 16-year-old qualifier at the ATP Brisbane International some eight years ago.

A lot water has gone under the bridge since then, with Kubler having to endure extended periods on the bench throughout his promising career due to troublesome knees – having undergone a total of six surgeries – five on his left knee and one on his right.

As a result, he has played the vast majority of his professional matches on clay in a bid to protect his knees from further damage. It stands as testament to his raw talent that he was able to reach a career-high world No.136 (in 2014) with the restrictions of being a “clay-only” player.

Kubler last played professionally in June this year, and since then has put in a solid training block ahead of the Australian Pro Tour.

“I’ve been quite surprised at just how good the knees have been,” Kubler said. “I was a bit worried that I could re-injure them but I almost have to put that at the back of my mind now, just play and see what happens.

“I’ve trained on hard courts for two or three months now and rarely have they swollen up. It’s actually been other parts of the body that are a bit sore, so I guess that’s a good thing!”

As Kubler transitions back to hard courts, he reflects on his preference for the surface. “I always thought if I could ever play on hard courts again that I would do alright, so I’m happy with how I am hitting them.

“I still have to get the movement down pat, it’s a little bit different in that you can’t slide as much, but other than that, I’m pretty happy with how I’m going at the moment.”

Kubler is playing Australian Pro Tour events in Toowoomba and Cairns and is hoping to also compete in Canberra and Traralgon. “After that, I still need to decide what happens,” he said.

“If I don’t get injured, I will just keep going. If I do, we will have to re-evaluate,” he added. “24 in tennis is still pretty youngish, so I’ve got a little bit of time left.”

As far as his first-up opponent in Pasha, the Queenslander said, “He’s got a big serve, big forehand, so I’ve gotta watch out for that, but we’ll see how it goes.”

In results on Tuesday, Australians Bradley Mousley, last week’s Alice Springs runner-up Harry Bourchier (who survived after staving off 3 match points against wildcard Matthew Dellavedova) and Andrew Harris all made safe progression to the second round while Kody Pearson and James Frawley both fell in straight sets to their opponents in China’s Gao Xin and British qualifier Rhett Purcell respectively.

Opening round matches continue in Brisbane on Wednesday.