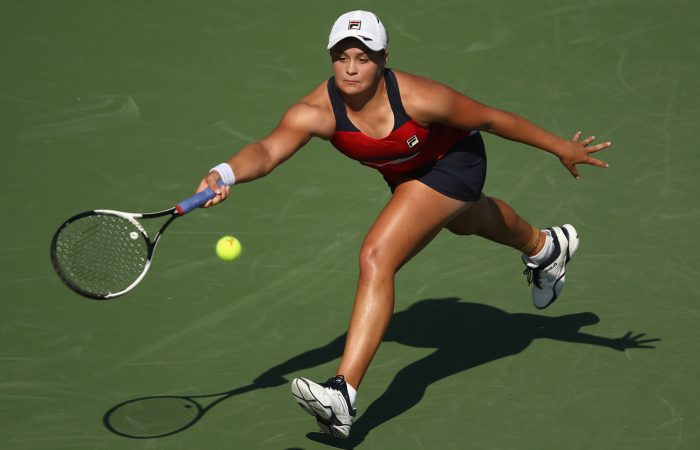 Australian captain Alicia Molik believes Ash Barty brings an ‘x-factor’ to her team that can help them return as a Fed Cup force.

Molik described having the 20-year-old wearing the green and gold again as “brilliant”.

“She’s a really important team member,” Molik said. “She adds a great vibe and the quality of tennis she brings, it is exciting and it even excites her own team-mates.”

Barty made her Fed Cup debut as a 16-year-old in 2013 and played a crucial role as Australia made a semifinal run in 2014.

After taking a break from the sport, Barty returned to the Australian line-up in February. She pushed then-world No.13 Elina Svitolina to three sets before teaming with Casey Dellacqua to win the doubles rubber in Australia’s 3-1 loss to the Ukraine.

“Playing our last tie in Ukraine, Ash was doing so much on the court that makes all of us go ‘wow’,” Molik said. “That is what she adds to the team – a real x-factor.”

Barty’s has built a 13-4 win-loss record in singles so far in 2017, including winning her maiden WTA title as a qualifier in Kuala Lumpur in early March. It has catapulted her ranking from No.271 in January to currently sit at No.87.

She also sits at No.25 in the WTA’s Road to Singapore, making her the best performed Australian player so far this season.

Molik kept a close eye on Barty during a Fed Cup training camp in Melbourne last week and was impressed with her form.

“Ash has just won her first (WTA) event, she’s into the top 100 for the first time – big things are happening for her,” Molik said.

“She has really instilled a lot of belief and self-confidence in herself which is really helping her.”

Barty is expected to play both singles and doubles in this weekend’s World Group II Play-off against Serbia in Zrenjanin.