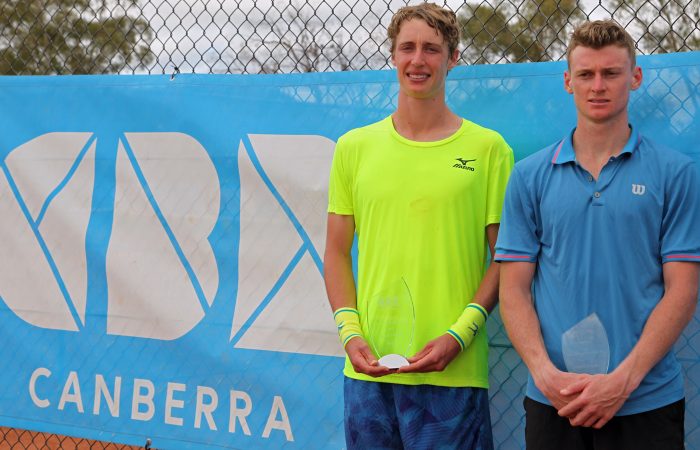 Marc Polmans has secured his fifth ITF Futures title and second on the Australian Pro Tour after winning the ACT Clay Court International #1 on Sunday.

The second seed needed well over two hours to overcome Blake Mott – a player he had not defeated in four previous attempts – in three tight sets 7-6(2) 3-6 6-4.

With both players coached by Peter Luczak out of Melbourne, the pair very often train together. “It makes it very tricky when we know each other’s games so well,” Polmans, 19, added.

In discussing the match, Polmans said that winning the opening set was a big confidence booster. “I definitely had my chances to win it a bit more comfortably,” he said of the opener. “I got myself into a tricky situation but I was happy to get through it.”

“The turning point really came at 4-4 in the third set when I got the break,” he continued. “In the end, it just came down a few big points and I was able to get them.

“That was the only real difference.”

Polmans now has the opportunity for back-to-back titles when he competes in the second ACT Clay Court International next week.

“The body is feeling fine,” he said after a week of solid tournament play, which included needing to qualify for the event after a late decision to enter. “I’ll have a day off tomorrow and recover as best I can.”