Sam Groth continued the trend of five-set battles on Monday at the Australian Open Play-off, surviving a match point to overcome Dayne Kelly under lights. 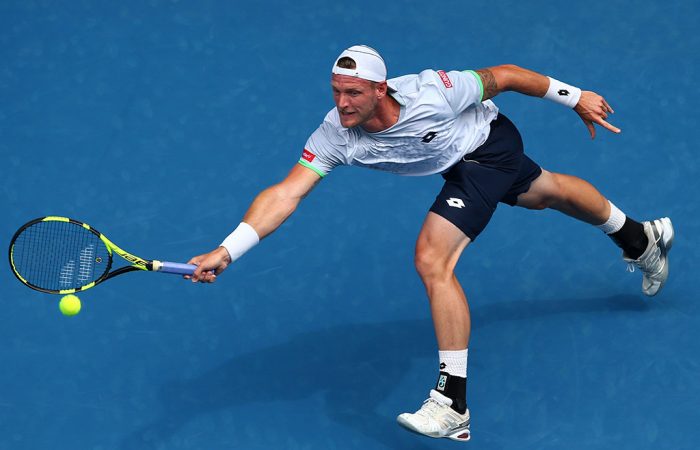 Sam Groth moved through to the quarterfinals of the Australian Open Play-off with a thrilling victory over a determined Dayne Kelly.

Groth’s issue wasn’t his body – as might be expected – but an especially determined opponent.

Dayne Kelly, the world No.395, challenged him for more than four hours.

Groth said he felt for Kelly, who has never played an ATP-level event, let alone a major.

“He played a smart match. He had a two sets to one lead and a match point. That’s tough,” Groth told AAP.

Groth has been hampered by a persistent foot problem through 2016, plummeted more than 200 slots before settling at a year-end rank of 181.

He said the foot felt fine after coming off court.

“This year was disappointing but I’m moving forward. I want to get back where I was at the end of 2015 and I still feel like quality tennis is ahead of me.

“The last few years I’ve been there (in the Australian Open main draw) direct and I want to earn it, I don’t want to worry about being given (a wildcard).”