Trailing by two-sets-to-love and a service break in the third, teenager Omar Jasika recovered to upset No.3 seed Marinko Matosevic in five at the Australian Open Play-off. 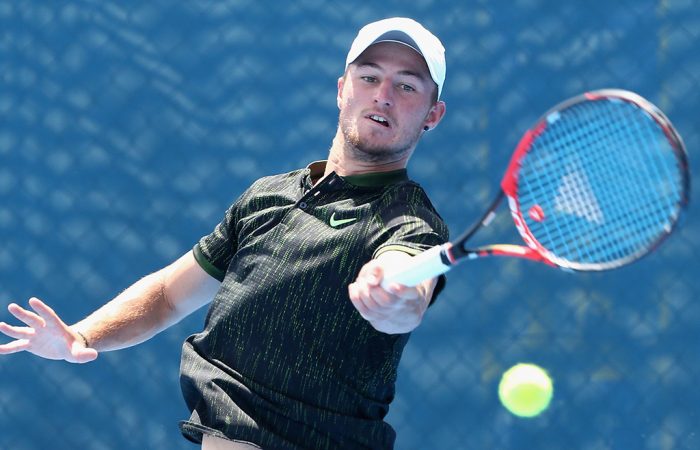 Marinko Matosevic has let slip a golden chance to return from the tennis wilderness by losing a five-set clash to emerging talent Omar Jasika at the Australian Open Play-off.

“I was thinking – this is it. Don’t know what to really do from here,” Jasika said, speaking of his thought process when he was down in the third set.

“I got momentum, and it really helped me in the third and the fourth set as well, and definitely in the fifth.”

But third-seeded Matosevic will need to contend with qualifying for the Australian Open in January if he is to reach his first Grand Slam main draw since Wimbledon 2015.

Matosevic, who was the ATP tour’s most improved player in 2012, saw his world ranking fall as low as 435 during a difficult 2016.

The 31-year-old started confidently against the 19-year-old and looked to have the measure of Jasika, 12 years and 147 rankings places his junior.

Buoyed on by “Omar’s Army” in the crowd, Jasika drew error after error out of his opponent in the third and fourth sets before triumphing in the decider.