Stosur, Peers knocked out of mixed

Sam Stosur and John Peers found the experienced Indian combination of Sania Mirza and Rohan Bopanna too tough in the mixed doubles event at Rio 2016. 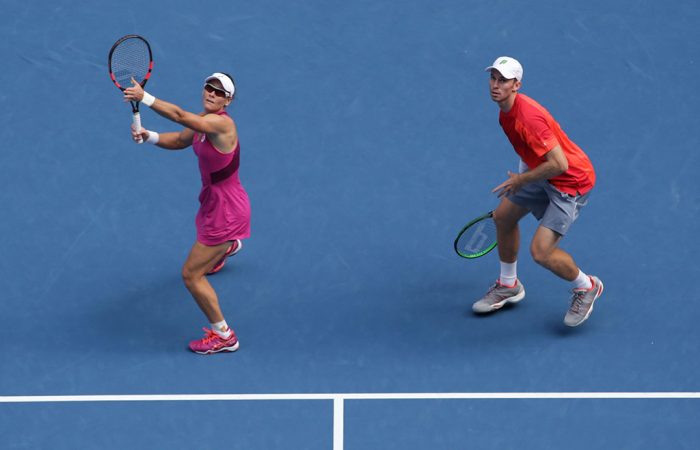 Australia’s Olympic tennis campaign is over after the first-round elimination of Samantha Stosur and John Peers in the mixed doubles.

Australia’s top-ranked singles female player and Peers, the country’s best men’s doubles player at world No.18, mounted a strong challenge against the Indian duo, who are one of their country’s medal hopes.

But the Australians lack of combination was exposed in only their third tournament playing together.

The match went on serve in the first set until 4-4 when Peers lost his serve. They broke straight back then fell behind again with Stosur broken and Mirza closing it out.

The Indians got the only break of second, on Peers’ serve to go ahead 3-2 which was enough to secure the win.

“There really wasn’t much in it,” said Stosur.

“It was a bit of a bugger to lose serve late in that first set and then we were able to break him straight back so it was like we were right there with them but we couldn’t get ourselves in front.”

Stosur and Peers also played together at the Australian Open and Wimbledon earlier in 2016.

Mirza and Bopanna advance to the quarterfinals where they will face Andy Murray and Heather Watson.

The Brits were a late inclusion into the event – replacing injured Romanian Florin Mergea and his partner Monica Niculescu – and reached the last eight with a 6-3 6-3 victory over Spaniards David Ferrer and Carla Suarez Navarro.