Nick Kyrgios and Sam Groth could face off in the second round of the ATP event in Atlanta, where another Aussie, John-Patrick Smith, is also in action. 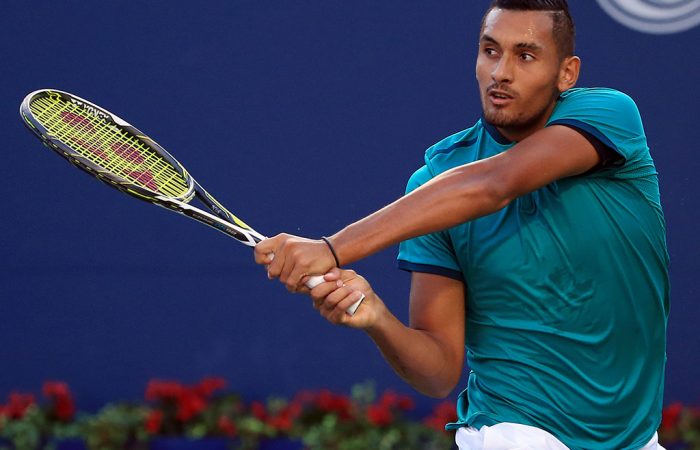 Nick Kyrgios is the second seed at this week’s ATP hardcourt event in Atlanta, United States.

He is joined in the draw by fellow Aussies Sam Groth and John-Patrick Smith, the latter having qualified for the main draw.

Smith won two rounds of qualifying in straight sets to take his place in the main event, where he will face Frenchman Julien Benneteau.

All three Aussies have landed in the bottom quarter of the draw; behind Kyrgios, the other seed is No.5 seed Fernando Verdasco.

The tournament is headed by No.1 seed John Isner.

The 250-level Atlanta event is one of the many that make up the US Open Series, the swing of North American hardcourt events leading into the US Open in New York.

In China, Storm Sanders qualified for the main draw of the WTA event in Nanchang.

The West Australian won two matches in straight sets to reach the 32-player main draw – the first time she has successfully come through qualifying at a WTA-level event.

She lines up against No.6 seed Vania King in her opening-round match.

The Nanchang tournament was previously a 125K event on the WTA Tour, before being promoted to International status in 2016.