Groth bows out in Newport

Sam Groth on Thursday suffered a loss to sixth seed Adrian Mannarino in the second round of the rain-affected ATP event in Newport. 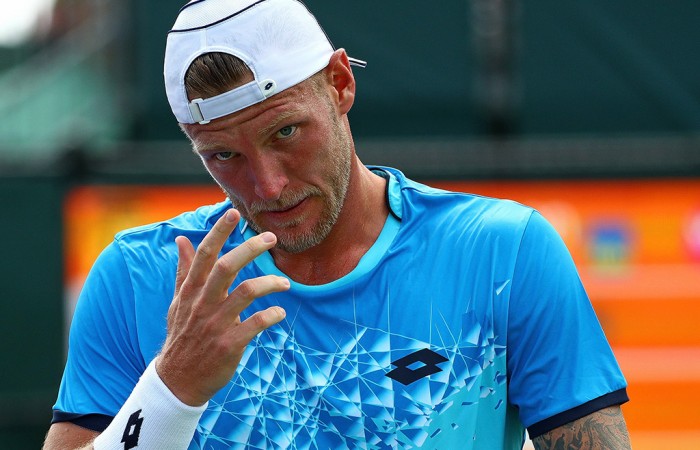 Australia’s Sam Groth has succumbed to the patience of sixth-seeded Frenchman Adrian Mannarino in the second round of the Hall of Fame Tennis Championships.

Playing on the stadium court two days after calling a side court “ridiculously bad,” the 28-year-old Mannarino lost the first three games of the opening set and fell behind 5-1 before rallying on Newport’s grass courts to reach the quarterfinals.

Play was delayed for nearly three hours after Mannarino won the first set.

“I was just trying to focus on my game (during the delay) and what I have to do,” he said. “It worked pretty well. When I got back on court I was pretty consistent.”

A day earlier, Groth’s compatriot John-Patrick Smith fell in the second round to Switzerland’s Marco Chiudinelli; after winning the first set comfortable, Smith faded to a 1-6 6-3 6-3 loss.

In other results on Thursday, fourth-seeded Marcos Baghdatis of Cyprus beat seventh-seeded Dudi Sela of Israel 6-2 7-5 to advance to the semifinals.

The 31-year-old Baghdatis kissed the court when the match ended after giving a long embrace at the net to long-time friend Sela.

The Cypriot is seeking his fifth career ATP title.