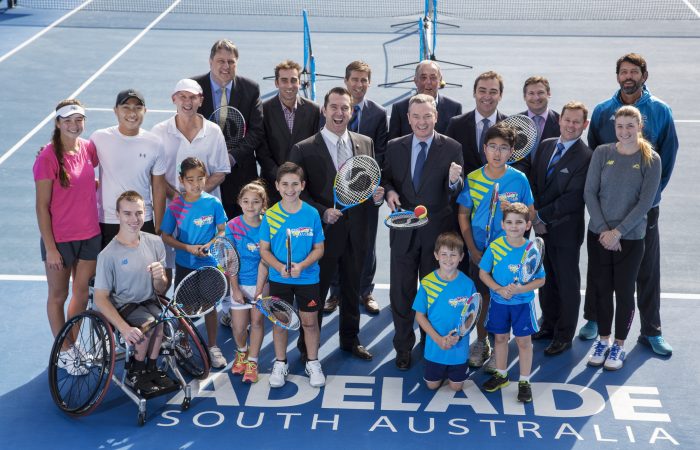 Tennis SA President Kent Thiele and CEO Steven Baldas were joined by the Hon Christopher Pyne MP, Minister for Industry, Innovation and Science, and Federal Member for Sturt, to outline the redevelopment vision for Memorial Drive in Adelaide today.

Mr Pyne, along with David Colovic, Liberal candidate for the seat of Adelaide, announced a $9.79 million commitment to revamp the Memorial Drive sporting precinct.

“This redevelopment will be huge for the City of Adelaide, adding to the recent developments along the Torrens,” Mr Pyne said.

“Not only will it bring more tennis to this great state, it will serve as an entertainment hub for the city.”

Mr Baldas described the announcement as a very exciting day for tennis in South Australia.