A semifinal run at the prestigious Queen's Club tournament in London has vaulted Aussie Bernard Tomic back into the world's top 20. 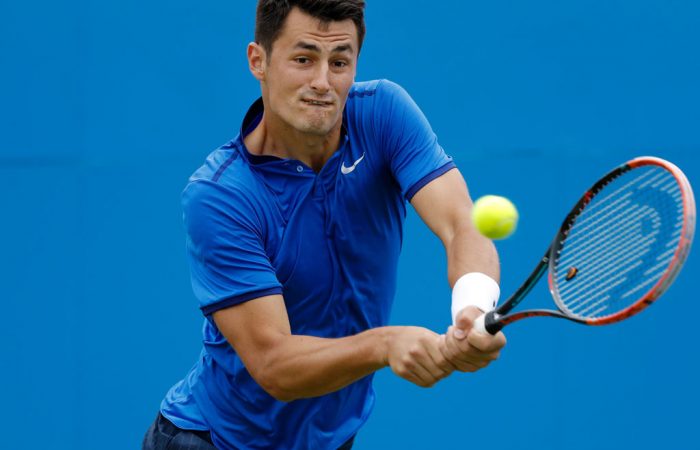 Back on the lawns and thriving once again, Bernard Tomic’s improved level of play has been reflected in this week’s rankings.

The Queenslander, after progressing to the semifinals at Queen’s on grass last week, rose three places to world No.19.

He sits one place behind Australian No.1 Nick Kyrgios, who moved up one spot to 18th.

He stands two spots from equalling his career-best ranking of No.17, set in January this year.

It was also a career-high ranking for Andrew Whittington, who jumped 22 places to world No.260 on the back of his Futures title in Hong Kong two weeks ago.

The Victorian should rise higher still after going back-to-back in Hong Kong, winning his second straight ITF Futures trophy at the weekend to take his winning streak to 10.

Also making an impressive leap was Marc Polmans, whose maiden Futures title in Mozambique pushed him 128 spots north to world No.568.

Like Whittington, Polmans has gone back-to-back in the past fortnight, winning consecutive titles in the African nation.

A notable women’s mover this week was Jaimee Fourlis.

The Victorian teen jumped 15 spots to 449th after winning three matches to qualify for the main draw at the ITF $50,000 event on grass in Ilkley, England.