Stosur’s always been a believer

Sam Stosur has been happy to let her tennis do the talking in silencing critics who felt her best days were behind her - and on Friday she plays for a place in the French Open final. 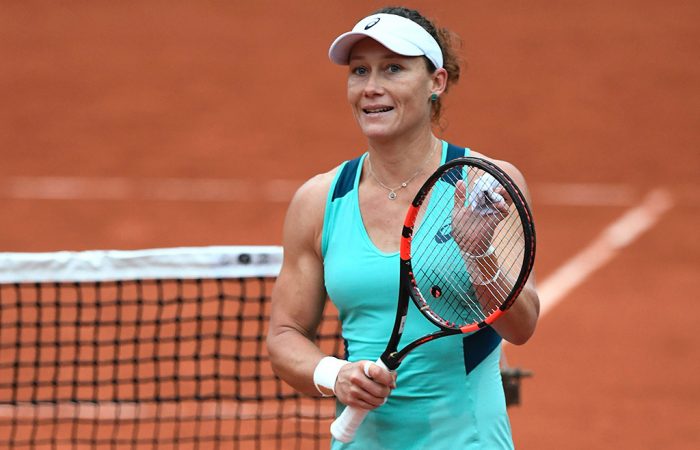 Despite being written off as a Grand Slam threat after a comparatively modest four years, Sam Stosur has always been a believer her career would get back on track.

And it has, Stosur believes, because she’s eliminated her mental demons.

Stosur is bidding at Roland Garros to become the first Australian female in 36 years to reach a third Grand Slam final – a target few believed possible as she slipped down the rankings since last reaching a major quarterfinal at the US Open in 2012.

Wendy Turnbull most recently achieved the feat of reaching three major finals when she was runner-up at the Australian Open in 1980.

Stosur – who rejoined the world’s top 15 following her quarterfinal win over Tsvetana Pironkova in Paris – said it had been a hard road back to the top.

Crucially, the 2010 French Open finalist said she would no longer let the mental demons – which have cruelled recent campaigns – take hold again.

“I think the last couple of years in the big WTA events and Grand Slams I kind of let myself down with a poor match,” the 32-year-old said ahead of Friday’s semifinal against fourth seed Garbine Muguruza.

“I guess the worst thing for me is when I beat myself. I know I’ve got all these weapons, but sometimes it’s hard to put it together.

“I think over the last five years I’ve got a lot better at winning matches that I’m not necessarily playing my best tennis (in) but I have been able to adapt and find a way to win.

Few expected Stosur, playing as well this week as she did en route to her stunning US Open triumph in 2011, was still capable of the level of tennis she’s produced at Roland Garros.

Stosur, of course, has always been a believer.

And, having seen the likes of all-time greats Roger Federer and Rafael Nadal’s Grand Slam prospects written off in recent years, she takes little offence at her own critics.

“I think tennis in general is very reactive,” she said.

“You can have a great year or two and then you have a slump and everyone writes you off.

“(But) if you feel like (you are) still healthy, doing everything you need to, training well, training hard, and feel like you can still compete with the best players in the world – I always still felt like that.

“There has obviously been a few dips along the way there.

“It’s important to really believe in yourself and what you’re doing and know if I keep doing this I can turn it around.”