Sam Stosur's good form was halted when bad light suspended play on Monday at Roland Garros, while John Millman goes into tomorrow tied at one set apiece with John Isner. 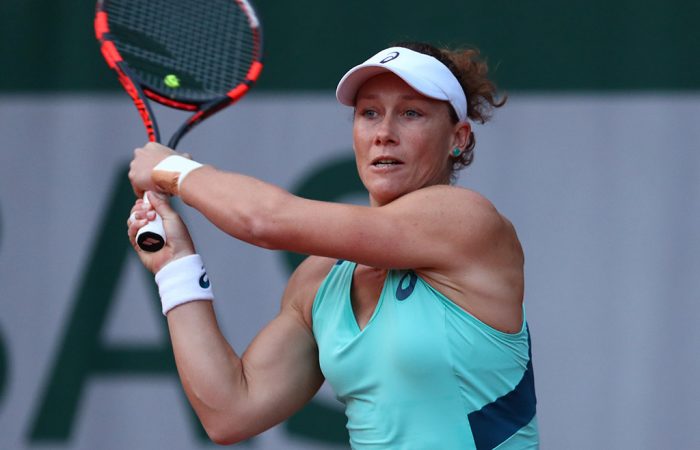 On a second consecutive day affected by poor weather at Roland Garros, Millman is locked at one-set all with 15th seed John Isner, while Stosur is up a set in her first round match with Japan’s Misaki Doi before both matches were halted due to poor light.

They will resume on Tuesday morning of a bumper day for Australians at Roland Garros – with Bernard Tomic, Sam Groth, Daria Gavrilova and Arina Rodionova all in action.

Millman’s match is evenly poised at 7-6(4) 6-7(12), though the 26-year-old blew a golden chance to take a two-set advantage into Tuesday, when he failed to capitalise on seven set points in the second set.

Millman served for a two-sets-to-love lead and pushed ahead 5-4 40-0 but couldn’t close. He then led 5-2 in the tiebreak and held another three set points further in.

Yet having stared down the biggest serve in men’s tennis, Millman missed an uncharacteristic error on a regulation smash to concede the second set tiebreak 14-12.

Stosur’s match started in near darkness, but it didn’t hinder her efforts to romp through the first set, though she conceded a second-set break to take a 6-2 1-3 lead into Day 3.

Millman and Stosur will be looking to emulate the efforts of wildcard Jordan Thompson in joining Nick Kyrgios in the second round.