Juan Martin del Potro continued his successful comeback to tennis with a straight-sets win over Aussie John-Patrick Smith at the Delray Beach Open on Thursday. 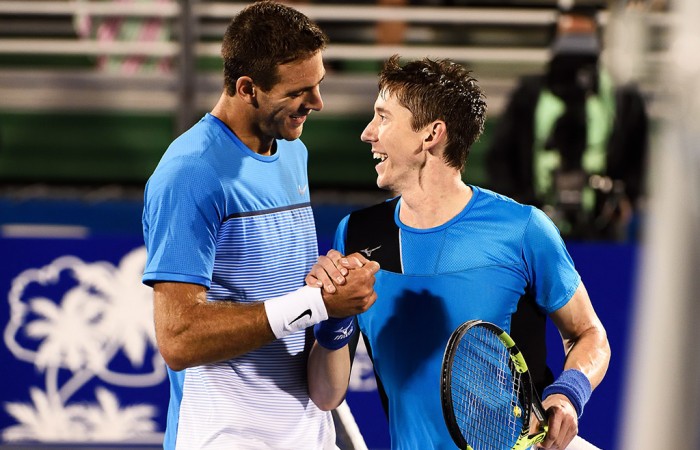 Juan Martin del Potro has overcome John-Patrick Smith in straight sets to advance to the quarterfinals of the Delray Beach Open.

The 6-4 6-4 win continues the Argentine’s successful comeback from 11 months on the sidelines following a wrist injury.

Smith’s left-handed, serve-and-volley game troubled del Potro in patches during the match, and saw him score early breaks in both sets.

Yet the former world No.4’s power and consistency proved too strong.

Next up is No.5 seed Jeremy Chardy.