Having come through qualifying, John-Patrick Smith has upped the ante by taking down No.3 seed Ivo Karlovic in the first round of the main draw in Delray Beach. 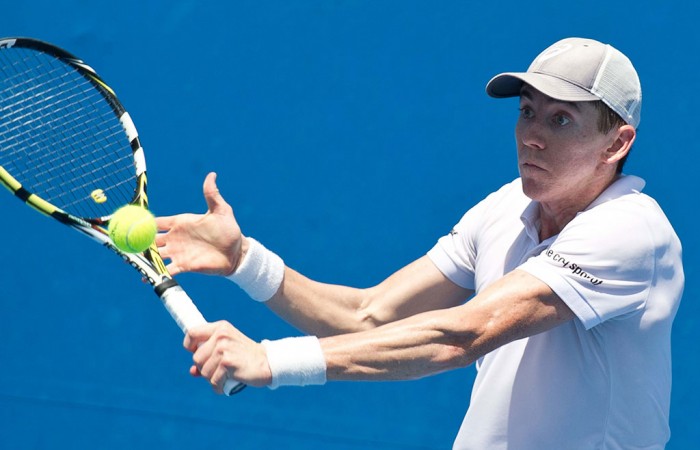 The 27-year-old Smith, ranked No.135 in the world, finished strongly to overpower Croatia’s world No.26 6-3 3-6 6-2 on Monday and will take on either Juan Martin del Potro or Denis Kudla in round two.

Karlovic was especially erratic on serve, sending down 21 aces but racking up 11 double faults.

An old knee injury flared up for Karlovic at the Australian Open, forcing the 36-year-old to retire from his first-round match and sidelining him from the practice courts ever since.

Though Karlovic gamely tried to serve his way past Smith, his rust was evident.

The win was just the fourth main-draw victory of Smith’s career and his second-best win. A four-time All-American at the University of Tennessee, Smith upset No.25 Bernard Tomic en route to the semifinals at Newport last year.