Arina Rodionova and Storm Sanders have returned from Fed Cup duty in Slovakia to contest the Perth Tennis International #1, while Ash Barty will return to the court in doubles. 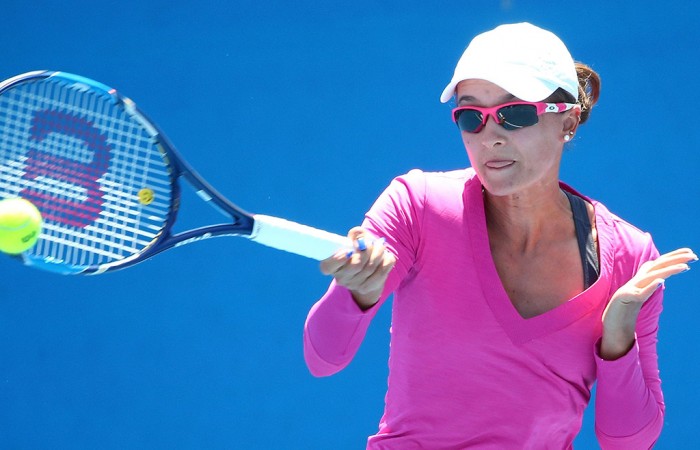 On a high after Australia’s thrilling Fed Cup World Group II victory over Slovakia last weekend, it will be straight down to business for the 26-year-old as she takes on the tournament’s top seed, Han Xinyun from China.

The pair has met once previously, with Rodionova forced to retire in the quarterfinal of a 2014 ITF Futures event in Glen Iris. This time, the Australian will be hoping to stop Han winning consecutive titles after the world No.121 won in Launceston last week.

Should Rodionova be successful, she will potentially face local teenager Maddison Inglis in a rematch of December’s Wildcard Play-off final. Inglis returns home to Perth in a buoyant mood after that success earned her the right to play a maiden Grand Slam at the Australian Open.

Another local hope, Jessica Moore, has a tough assignment first up, playing Chinese third seed Yang Zhaoxuan. The 25-year-old world No.314 will take confidence from her quarterfinal run in Launceston last week.

In the doubles event, Moore will also partner Ash Barty in her much-heralded return to tennis after a 17-month sojourn. The pair will face Victorian Sally Peers and Czech Barbora Stevkova in their first outing.

After qualifying for the singles main draw in Perth, teenage Victorian Jaimee Fourlis now finds herself opposing fellow qualifier Kyoko Okamura in the opening round with sixth seed Nigina Abduraimova of Uzbekistan likely waiting in the wings.

Meanwhile, wildcard recipients Angelique Svinos and Storm Sanders begin their campaigns against Austrian No.7 seed Barbara Haas and South African Chanel Simmonds respectively. A second round showdown will eventuate should each be successful.

Canberra’s Alison Bai meets a seeded player in the first round, facing Korean No.5 seed Jang Su Jeong. She is on track to play Japanese second seed Risa Ozaki in a quarterfinal.