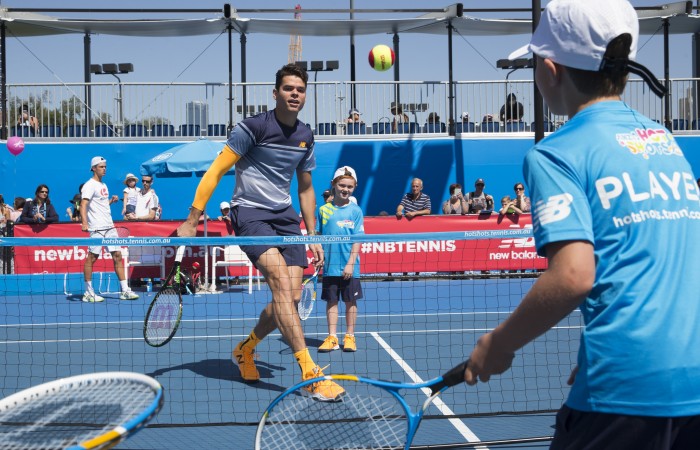 New Balance Australia has teamed up with ANZ Tennis Hot Shots as part of a new agreement with Tennis Australia.

New Balance will be the official Sports Footwear and Sports Apparel Partner of ANZ Tennis Hot Shots, the highly successful participation program designed to encourage young children to pick up a racquet.

The New Balance partnership will also support Tennis Australia’s Schools Competition, including the launch of an innovative online portal and app – INtennisCITY. This new online competition platform has been designed to support teachers manage intra-school events and matches. It is also a platform for students to challenge each other and track their progress.

“We are thrilled to be partnering with Tennis Australia and supporting programs which align with New Balance’s core values of encouraging kids to get active, moving and involved in sport.”

The partnership also supports New Balance’s global initiative, Spark Start, which focuses on improving the wellbeing, self-esteem and health of children through movement.

Since its launch in 2008, ANZ Tennis Hot Shots has become one of the most popular junior participation programs in Australia with 196,834 children registered in 2014/2015.