Hewitt to face Duckworth at the Open

Lleyton Hewitt will take on countryman James Duckworth in the first round of his 20th and last Australian Open campaign. 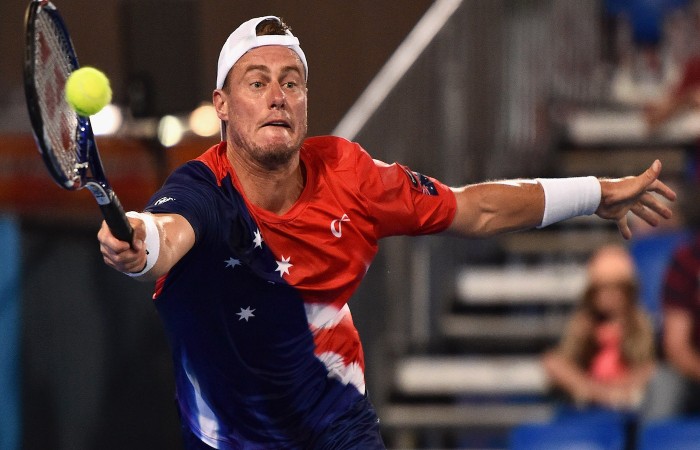 Lleyton Hewitt will take on countryman James Duckworth in the first round of his 20th and last Australian Open campaign.

If Hewitt can get past his part-time hitting partner, the former world No.1 will likely face Spanish eighth seed David Ferrer in the second round.

Bernard Tomic, the men’s 16th seed, opens against Denis Istomin of Uzbekistan, and faces a potential fourth-round showdown with world No.2 Andy Murray.

Nick Kyrgios has drawn Spaniard Pablo Carreno Busta in his opener, with his first major test likely to come in the third round against Czech sixth seed Tomas Berdych.

If he matches his quarterfinal run of last year, Kyrgios is projected to joust with four-time champion Roger Federer for a place in the last four.

Teenage Melburnian Omar Jasika has drawn Ukraine’s Illya Marchenko with the winner of the first-round blockbuster between Jo-Wilfried Tsonga and Marcos Baghdatis waiting in the wings.

Australian women’s No.1 Samantha Stosur meets a qualifier first up.

Stosur could run into Monica Puig, the Puerto Rican who knocked Australia’s one-time US Open champion out of the Apia International Sydney this week, in round two and then fourth seed Agnieszka Radwanska in round three.

Australian No.2 Daria Gavrilova faces Lucie Hradecka and could strike another Czech, sixth seed Petra Kvitova in the second round.

Croatian-born Australian and world No.68 Alja Tomljanovic will look to get past Ukrainian Kateryna Bondarenko and set up a potential second round encounter with veteran Russian and 23rd seed Svetlana Kuznetsova.

Jarmila Wolfe will open her campaign against a qualifier before facing the winner of Patterson and Ivanovic.