Wildcard James Duckworth pushed world No.20 Dominic Thiem to the limit on Pat Rafter Arena before falling to the Austrian in three, while Queensland teen Oliver Anderson also lost. 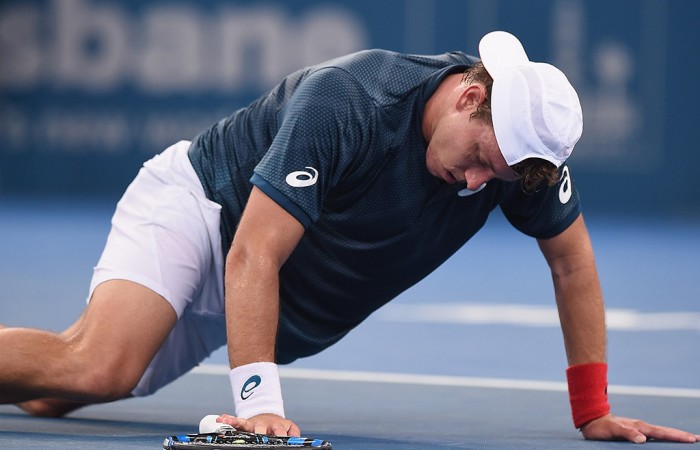 Update 8.40pm: James Duckworth gave world No.20 Dominic Thiem an almighty scare before falling in three sets at the Brisbane International on Tuesday.

Duckworth, with Davis Cup coach Wally Masur watching from the stands, actually began brightly as he won the opening set in his centre-court clash against the Austrian eighth seed.

“Bit disappointed with the way I served,” Duckworth said.

“First serve percentage wasn’t high enough. But, yeah, there is still a few tournaments for the summer, and Aussie Open is the one I’m going to be really trying to peak for.”

Teenage qualifier Anderson wasn’t expected to do much against Croatia’s Ivan Dodig in his first appearance in the main draw of an ATP tournament.

“Ivan played way too good for me today,” Anderson said.

“He was on from the very first point. I didn’t really get a sniff.”