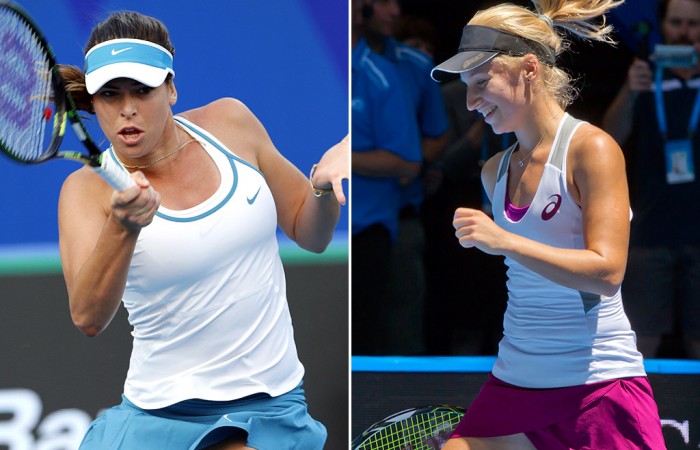 WTA Newcomer of the Year Daria Gavrilova (Vic) and rising star Ajla Tomljanovic (Qld) will join five of the top ten women in the world after being awarded wildcards into Apia International Sydney 2016.

Gavrilova, who received her Australian passport in November, had a standout 2015 that saw her start the year with a win over then No. 32 Belinda Bencic (SUI) in Sydney before falling in a three set heartbreaker to then No.9 Angelique Kerber (GER).

She went on to claim three top 10 wins over No.2 Maria Sharapova (RUS) in Miami, No.7 Ana Ivanovic (SRB) in Rome and No.7 Lucie Safarova (CZE) in Toronto.

She finished 2015 ranked No.36 in the world and was recognised with the WTA’s Newcomer of the Year award.

“I’m so excited to be coming back to Sydney and this time to be officially representing Australia,” she said.

“I had a really tough match against Kerber there in 2015 which was the first time I’d really pushed a top 10 player and it kick-started my year. I’m looking forward to getting back there and hopefully going even further this time round.”

Tomjlanovic, who is awaiting her own Australian passport, skipped Sydney in 2015 but reached the second round in 2014 before losing to fellow young gun Madison Keys (USA).

The Croatian-born 22-year-old was an Australian Open junior doubles champion in 2009 and also had a stellar 2015, reaching her first WTA final in Pattaya City and notching wins over former No.1 Jelena Jankovic (SRB) and Australian Open semifinalist Keys.

“Sydney is a great tournament and I am grateful to have gotten a wildcard this year,” said Tomljanovic.

“I’ve always enjoyed playing for the amazing tennis fans in Sydney and look forward to coming back next week.”

Gavrilova and Tomljanovic join a star-studded women’s field that includes world No.2 Simona Halep (ROU), No.5 Agnieszka Radwanska (POL), defending champion and world No.6 Petra Kvitova (CZE), No.9 Safarova and No.10 Kerber.