Twelve days out from the Brisbane International, James Duckworth has received an early Christmas present in the form of a main draw wildcard. 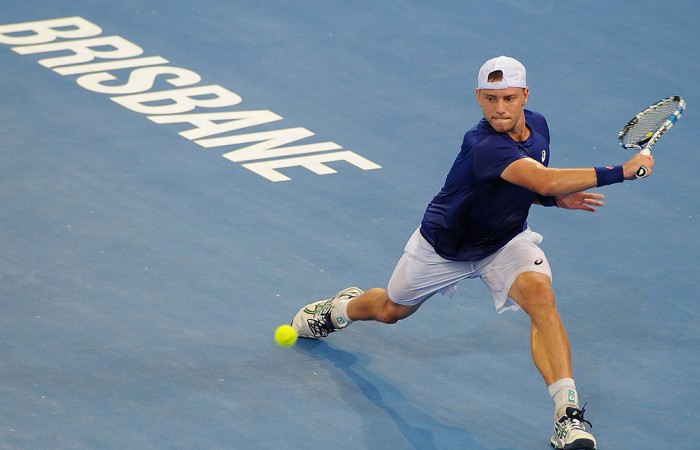 Christmas has come early for Aussie ace James Duckworth (NSW), who just days after winning a wildcard into Australian Open 2016 has been gifted a wildcard into Brisbane International 2016 presented by Suncorp.

The 23-year-old won his way into the first Grand Slam of the year on Sunday by taking out the Australian Open 2016 Play-off at Melbourne Park, and has been richly rewarded for his good form with a discretionary wildcard into the elite Brisbane field.

Duckworth will commence his season in Brisbane for the third consecutive year following a strong showing in 2015, which included wins over Gilles Simon (FRA) and Jarkko Nieminen (FIN) en route to a quarterfinals clash with top seed and eventual champion Roger Federer (SUI).

“I’m really excited, it’s one of my favourite tournaments of the year and I obviously had a bit of success there this year making my first ever quarterfinals of an ATP event, so I’m really looking forward to playing there again in January,” Duckworth said.

“I train in Brisbane all year long so it’s like a second home to me, I like the conditions there and it’s just a great tournament.

“It’s going to be a really strong field again next year and that shows how the players are speaking about the tournament. I’m just trying to go out there and give it a red hot go.”

The world No.120, who boasts two ATP Challenger and six ITF Futures titles, hit a career-high ranking of No.82 in April this year.

He is the fourth Aussie to join the men’s draw alongside Bernard Tomic (Qld), Sam Groth (Vic) and fellow wildcard Thanasi Kokkinakis (SA), and hopes a patriotic crowd will turn out to support the local quartet this summer.

“It’s important to try to start the year well and play the style of play I’ve been working on throughout the year and in the off-season, so I’ll be looking to try to play the right way and really test myself against the best guys,” Duckworth said.

“The crowd is awesome, this year was great and it really helped me get over the line. It’s just an incredible sort of buzz and there are so many great feelings and emotions when the crowd is cheering so loud for you.”

Despite the good news Duckworth’s Christmas celebrations will be low key this week, as he hones his preparations for the 2016 season.

“I’ll go home for two days over Christmas, I’ll take Christmas Day off and then get back to training on Boxing Day back in Brisbane,” he said.

One men’s wildcard and two women’s wildcards into Brisbane International 2016 remain up for grabs ahead of the first day of main draw action on Sunday 3 January.

Brisbane International 2016, presented by Suncorp and supported by Tourism and Events Queensland, will be held at Queensland Tennis Centre from 3-10 January. Tickets are on sale now through Ticketek.