With Ben Mitchell flying to Brisbane at the eleventh hour to be by his partner's side for the birth of their first child, James Duckworth is the Australian Open Play-off champion. 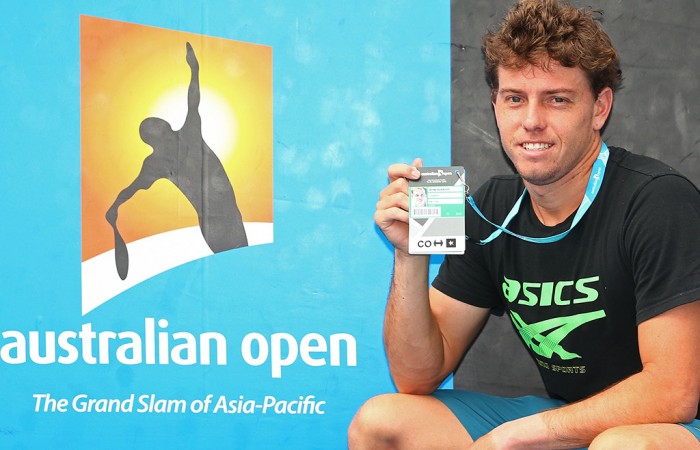 James Duckworth has won the Australian Open 2016 Play-off final in a walkover after Ben Mitchell withdrew to be with his partner for the birth of their baby.

“It would have been nice to win properly but that’s the way it goes,” Duckworth said.

“We’ve always had tough matches in the past so I wouldn’t have expected anything different today.

“There’s not much between us; we both have a pretty high level I think when we’re playing well. It would have been a good battle I think.”

Duckworth, who will in 2016 contest the main draw of the Australian Open for the fifth time, said he was excited to play at his home Grand Slam event.

“The crowd here is always great and I really enjoy it so I’m looking forward to it,” he said.

“Managed to get through a couple of tough matches (this week), especially the semifinal against Marinko (Matosevic), I’d never beaten him before.

“I didn’t play so well the last four months of the year so to come here and win a few matches, especially some tight ones, some tight tiebreakers, really helps the confidence a lot.

“Hopefully I can use it as a bit of a springboard and start the year off well and have a good year.”