Destanee Aiava caused the shock of the 18/u Australian Championships with a straight-sets defeat of No.3 seed Sara Tomic. 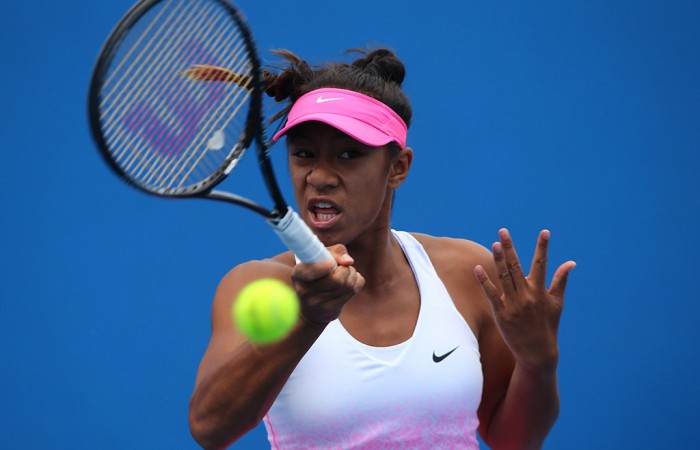 Destanee Aiava has shocked the in-form Sara Tomic to storm into the semifinals of the 18/u Australian Championships at Melbourne Park.

Aiava, just 15 years of age, produced a commanding performance to see off Tomic 6-2 6-1 and will take on Maddison Inglis in Friday’s semifinals.

“I was really nervous … (but) I think I kept going for my shots. I didn’t hesitate at any ball, I just went for it,” Aiava said.

Tomic came into the match undefeated after three matches of group play, but struggled with both her consistency and an inspired opponent in the knockout quarterfinal.

Aiava broke serve early to build a 3-0 lead and throughout the match served powerfully, returned with great depth and extended points thanks to excellent court coverage.

She sealed victory on her third match point after a thrilling, lengthy rally.

“I feel really confident. My goal is to try and win and get as far as I can,” Aiava said, well aware that the prize for the 18/u girls’ champion is an Australian Open main draw wildcard.

“(My approach is to) just take it one match at a time. Not thinking too far ahead.”

Hon continued her blistering form with a decisive 6-2 6-2 defeat of Petra Hule, while Tjandramulia saw off Naiktha Bains 7-6(5) 6-3.

In the boys’ draw, No.1 seed Oliver Anderson continued his steady progress with a 7-6(1) 6-3 victory over Daniel Nolan, seeded seventh.

In the semifinals he will meet Max Purcell, the fifth seed who accounted for Daniel Hobart 6-4 6-1.

In the second semifinal, No.2 seed Marc Polmans will face Blake Ellis; both Polmans and Ellis recovered from a set down to beat Adam Walton and Jake Delaney respectively in three.