December Showdown: Poulos one step away

A year after winning the 12/u event, Annerly Poulos is one win away from victory at the 14/u Australian Championships. In the 18/u tournament, the knockout stage looms. 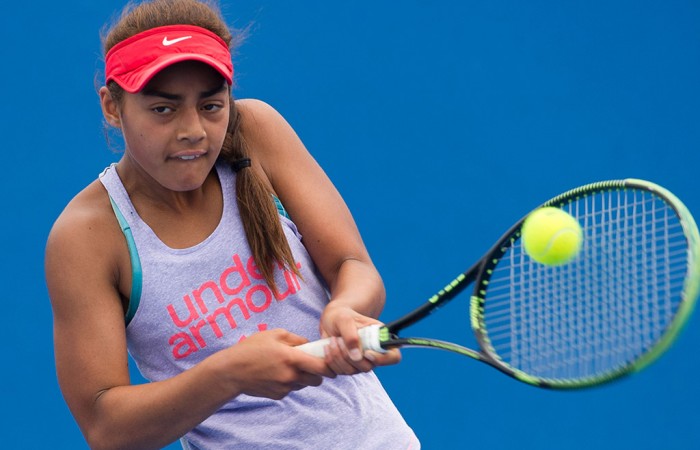 Annerly Poulos has prevented a 1 v 2 final in the girls’ 14/u Australian Championships after ousting No.2 seed Madison Bishop in three sets.

Marshall has been in dominant form this week at Melbourne Park, dropping just 15 games in five matches to storm into the final without the loss of a set.

Yet Poulos will be confident; she’s a proven December Showdown performer, having won the 12/u Australian title last year.

In the boys’ event, No.1 seed Tristan Schoolkate continued to perform up to his top billing, securing a finals berth with a tense 6-3 2-6 7-6(5) win over 10th seed Sebastian Flock.

In the tournament decider, Schoolkate will line up against third seed Ken Cavrak, who overcame Rinky Hijikata 7-5 3-6 6-3.

In the 18/u competition, the round-robin stage of the event came to its conclusion on Wednesday.

And with that, the top two players from each pool group will progress to the knock-out quarterfinal stage of the tournament, beginning on Thursday at Melbourne Park.

Top seeds Oliver Anderson and Priscilla Hon finished undefeated at the top of Group A in the boys’ and girls’ events respectively, while also topping their groups undefeated in the boys’ draw were Marc Polmans, Blake Ellis and Max Purcell.

They will be joined in the quarterfinals by Destanee Aiava, Naiktha Bains, Petra Hule and Kaylah Mcphee, while the other four boys advancing were Jake Delaney, Daniel Hobart, Daniel Nolan and Adam Walton.

> find more information on the 18/u Australian championships