Destanee dominates in 18/u champs

It was a solid start for Destanee Aiava and several other seeds in the 18/u Australian Championships, while the quarterfinals were determined in the 14s event. 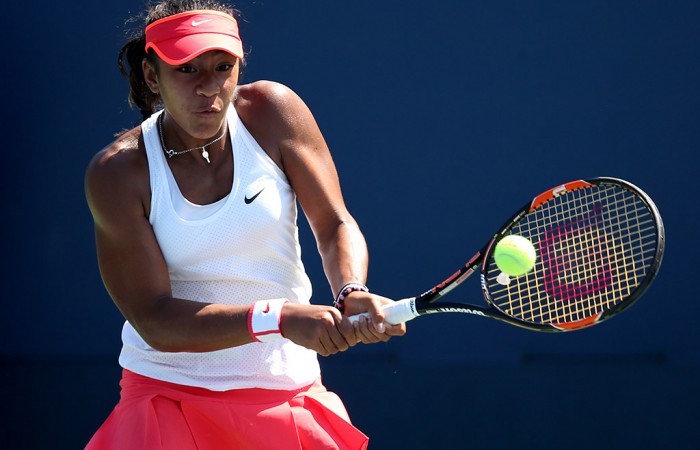 Destanee Aiava has stormed to victory in her first round-robin group match of the 18/u Australian Championships at Melbourne Park on Monday.

The 15-year-old’s victory was one of many comfortable wins for the seeds on the opening day of 18/u play as part of the December Showdown.

> view the 18/u Australian Championships draws

Aiava, the No.6 seed, streaked to a 6-1 6-0 victory in 55 minutes over Alexandra Bozovic, joining No.1 seed Priscilla Hon, third seed Sara Tomic and defending champion Olivia Tjandramulia as straight-sets winners on Monday.

Second seed Marc Polmans was also dominant in a 6-2 6-1 win over Lucas Vuradin.

> view the 18/u Australian Championships scores and results

Daniel Hobart and Jake Delaney – the third and fourth seeds respectively – were stretched to three sets in their opening round-robin matches, but were nonetheless among seven seeded winners first up in the boys’ draw.

Quarterfinals set in 14/u Australian Championships

Five of the top eight seeds have progressed to the last eight of the boys’ 14/u Australian Championships, setting up some intriguing battles in the last eight.

No.3 seed Ken Cavrak takes on fifth seed Qian Sun, with the winner projected to face the in-form Rinky Hijikata in the semifinals; Hijikata, seeded eighth, has dropped only three games in three matches and next takes on the unseeded Stefan Storch.

In the top half of the draw, No.1 seed Tristan Schoolkate faces 12th seed Tom Evans and fourth seed Nikita Volonski lines up against Sebastian Flock, the No.10 seed.

The girls’ 14/u draw is a tale of two halves – the top half, headed by No.1 seed Amber Marshall, is wide open while the bottom half is stacked with seeds.

Marshall faces the unseeded Tayla Whitehouse in the quarters while the only other seed in her half – seventh seed Patricia Apisah – lines up against Natasha Russell.