Oliver Anderson and Priscilla Hon head the 18/u Australian Championships field at Melbourne Park this week, while the top seeds continue to dominate in the 14s tournament. 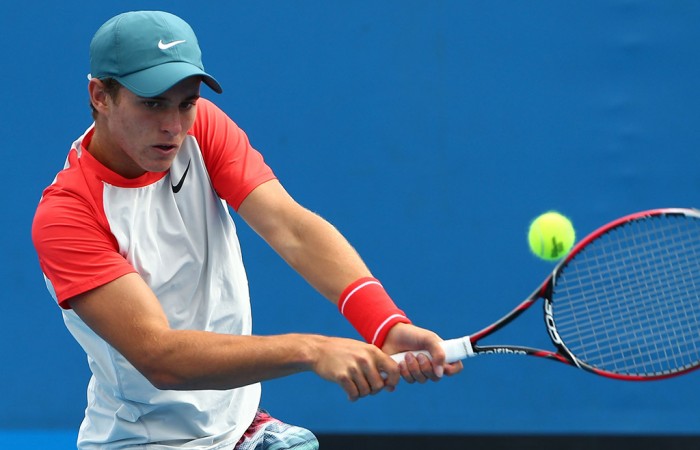 Queenslanders Oliver Anderson and Priscilla Hon are the top seeds in the 18/u Australian Championships, kicking off on Monday at Melbourne Park as part of the December Showdown.

They head the field in the 16-player, round-robin events, with players divided into four pools of four competitors.

The top two best performed players from each group advance to the knockout quarterfinal stage.

Meanwhile, the action in the 14/u Australian Championships continued on the weekend, and there was a big upset, with No.2 seed Dayne Sweeny eliminated in the second round of the boys’ draw.

There was no such trouble for top seed Tristan Schoolkate, who has dropped just seven games in three matches en route to the quarterfinals.

Third seed Ken Cavrak and No.4 seed Nikita Volonski are still alive in the tournament and will contest their third-round matches on Monday.

In the girls’ event, top seed Amber Marshall and third seed Olivia Gadecki have been in dominant form, both through to the quarterfinals without losing a set.

Marshall has been particularly impressive, dropping a meagre three games in three matches to reach the last eight.

No.2 seed Madison Bishop is through to the third round and on Monday will look to join Marshall and Gadecki in the quarters.