Despite a year of mixed results, Ajla Tomljanovic solidified her place in the world's top 100 this year and is poised for greater success in 2016. 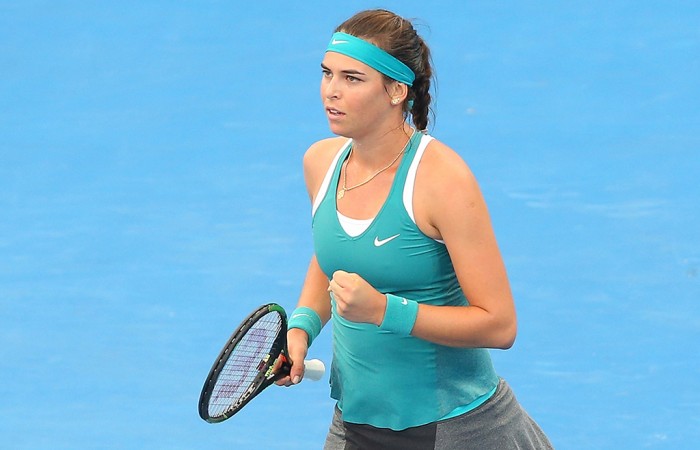 The year 2015 was one of consolidation for Ajla Tomljanovic.

The Croatian-born, Brisbane-based, soon-to-be-Aussie citizen completed her third straight top 100 season, one that was marked by some impressive wins and tournament results yet frustrating inconsistency.

She didn’t enjoy quite the same high as in 2014, when she broke through with a victory over then third-ranked Agnieszka Radwanska to reach the fourth round at Roland Garros.

Yet she did win at round at all the Slams bar the US Open and peaked at a career-high ranking of No.47 in February – that came shortly after she reached her first WTA final in Pattaya City, Thailand.

The 22-year-old also posted wins over Jelena Jankovic, Belinda Bencic and Madison Keys in 2015, reached the semifinals of the Tokyo International and posted quarterfinal showings in Strasbourg and Stanford.

“Given it’s sort of the end of the year, I think I’m in good spirits considering everything,” said 66th-ranked Tomljanovic, who finished season 2015 at almost exactly the same position as 2014 with a 23-26 win-loss record.

“At the end of the day I’ve got to keep playing and working hard.

“I feel like the level is not that far. Looking back I actually feel like in practice I’m playing better tennis than I did back (in 2014), it’s more the confidence – it plays such a big role.

“Let’s say I’m practicing and I’m playing well but I haven’t been winning, I’m not the same player as if when I go on the court and I’ve been having a good run at a few tournaments. Just believing in yourself and feeling confident is such a big factor in winning matches and going deep into tournaments.”

Tomljanovic has plenty to look forward to next year.

Currently training for the 2016 season in Brisbane, there’s plenty of upside in her game, which is anchored by heavy power from the baseline.

And there’s her pending Australian citizenship, which once finalised would see her representing her adopted nation at all tournaments – not just the Grand Slams.

“I’ve been really happy since it all came together,” she said of relocating to Australia.

“Just looking forward to getting my passport … I’m thinking (that will happen) sometime mid next year. I think it’s a bit far-fetched for this year. I’ll be in Brisbane right after my last tournament; unfortunately I’m going to have to be Croatian for a bit more on the WTA, but it’s going to happen soon.”