Second seed Ben Mitchell will look to continue his fine recent form at the Tennis Wollongong International, where he is joined by fellow seeded Aussies Maverick Banes and Harry Bourchier. 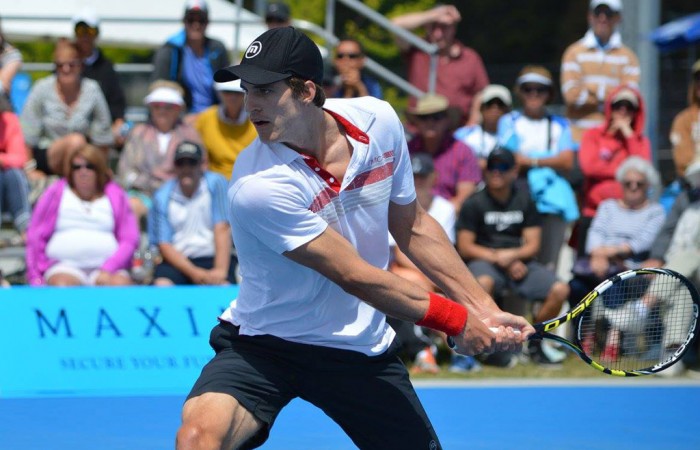 After winning his maiden ATP Challenger title in Canberra last week, the buoyant 22-year-old is the tournament’s second seed behind American Connor Smith, the world No.238. Queenslander Maverick Banes is seeded sixth while Tasmania’s Harry Bourchier is the eighth seed.

Yet another Queenslander, qualifier Scott Puodziunas, has earned the right to play the top seed Smith in the opening round, with the winner to face either Jacob Grills or surprise qualifier Damian Farinola.

Bourchier faces Japan’s Issei Okamura on his way to a potential meeting with Smith in the quarterfinals.

In-form internationals Robin Stanek (CZE) and Finn Tearney (NZL) are on a quarterfinal collision course in the top half of the draw in a section that includes upcoming Aussies Thomas Fancutt and teenage qualifier Marc Polmans.

Mitchell opens his campaign against local wildcard Mitchell William Robins while Banes finds himself up against a dangerous floater in Victorian Dayne Kelly, a player who has been pushing deep into tournaments on a regular basis during the Australian Pro Tour this year.