John Millman has booked his place in the second round of the Stockholm Open with a straight-sets win over German veteran Benjamin Becker. 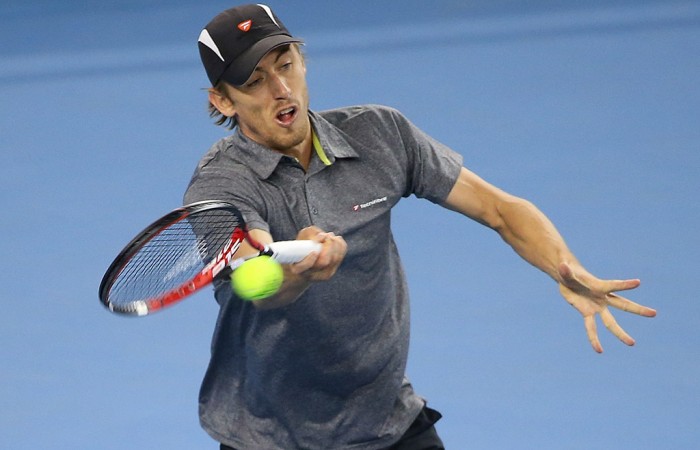 Australian John Millman has won through to the second round of the Stockholm Open.

He will next face either No.8 seed Gilles Muller or German qualifier Mischa Zverev.

Millman is one of three Aussies in Stockholm this week; Thanasi Kokkinakis will face sixth seed Jeremy Chardy on Tuesday, while Bernard Tomic, seeded fourth, has been awarded a first-round bye.

In other first round action, Alexander Zverev of Germany defeated Sweden’s Mikael Ymer 7-6(9) 6-7(5) 6-4, while Fernando Verdasco saw off Denis Kudla in straight sets.