At the Junior Fed Cup and Junior Davis Cup finals in Madrid, Australia's girls have gotten off to the perfect start with a 3-0 thumping of Argentina. 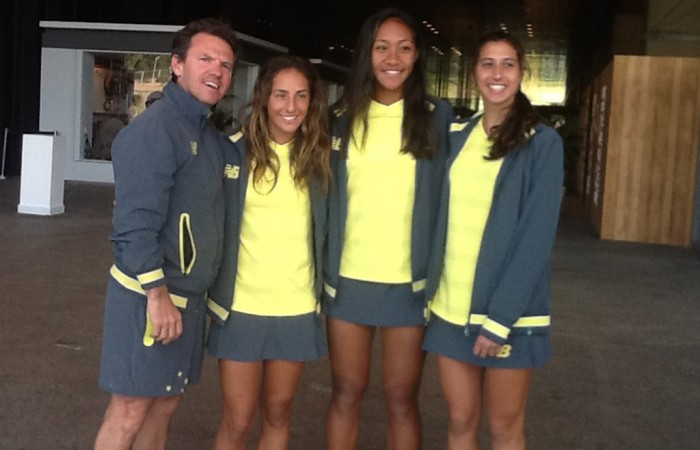 Australia’s Junior Fed Cup team has gotten off to a perfect start at the competition finals in Madrid with a 3-0 defeat of Argentina.

It was a similarly dominant performance by Australia’s boys, with our Junior Davis Cup team romping to a 3-0 victory over South Africa.

Mendez then combined with Destanee Avaia to make it a clean sweep with a 6-1 6-1 victory in the doubles.

“It was great to get such a good start today in the Junior Fed Cup against an experienced clay court team in Argentina,” said team captain Rohan Fisher.

“We have a tough pool with No.1 seeds Czech Republic in our group and the Netherlands who narrowly today lost to the Czech Republic.

“We have a great team. Our depth is our stand out feature”.

Aiava and Mendez will take to the singles court against the Netherlands on Wednesday, with Fourlis expected to make an appearance in doubles.

“The girls are working really well together,” Fisher said.

A win over the Netherlands would put the fifth-seeded Australians in prime position to challenge the top-seeded Czechs on day three of the competition.