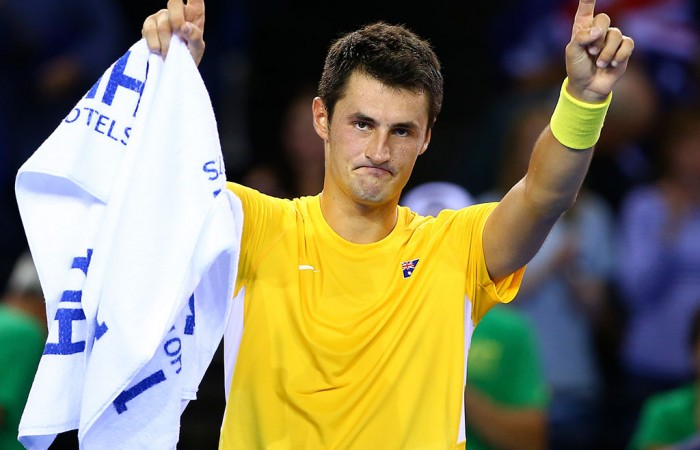 Despite the disappointment of defeat at the hands of GB in the Davis Cup, Bernard Tomic can celebrate cracking the world’s top 20 for the first time in his career.

Tomic’s four-set win over Dan Evans on the opening day of the semifinal secured the career-high ranking for Bernie, who has now set his sights on a top 15 berth.

“I have to use these moments and appreciate them,” Bernie told the AAP. “But over the last two months of the year I have to go for it and try to push to the top 15.”

Thanasi Kokkinakis also enjoyed a bit of a Davis Cup rankings bounce, jumping two places to No.70 following his win over Evans in the final, ‘dead’ rubber of the tie.

It was a great week for Jordan Thompson, whose run to the semifinals at the ATP Challenger in Nanchang saw him jump 24 spots to No.187. Thompson took down Jurgen Zopp in the quarterfinals before succumbing to Amir Weintraub in the semis.

Ajla Tomljanovic’s fantastic run to the semifinals of the Tokyo International saw her jump eight places to No.53 on the WTA rankings. Tomljanovic beat Timea Babos, Kimiko Date-Krumm and Madison Brengle en route to the final before losing out to eventual champion Yanina Wickmayer.

Olivia Rogowska and Jessica Moore both rose a couple of places to No.261 and No.264 respectively, while Arina Rodionova jumped six spots to No. 321.

Top-ranked Aussie Sam Stosur wasn’t in action over the last week, maintaining her position at world No.22.

View all the Australian Rankings here.