With her serve clicking again and her game at a better level after a second-week appearance at Flushing Meadows, Sam Stosur hopes to maintain her momentum going forward. 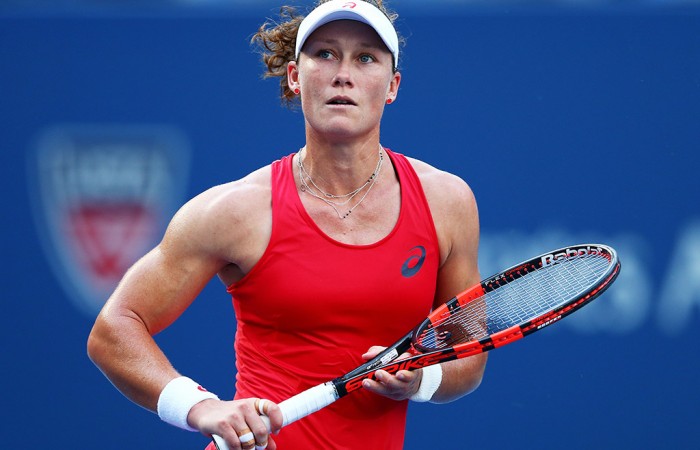 Sam Stosur feels she is enjoying something of a form renaissance despite her fourth-round loss at the US Open on Monday.

Stosur went down in straight sets to Italian nemesis Flavia Pennetta in what was her first appearance in the second week of a major since last year’s French Open.

It was also her deepest run at Flushing Meadows in three years.

En route to the last 16 she turned the tables on Timea Babos in round one – who had beaten her just a fortnight earlier in Cincinnati – and snapped a two-match losing streak to 16th seed Sara Errani.

Despite having lost to Pennetta in all six of their career meetings, Stosur said she came into the contest with a greater level of belief than in previous encounters.

“I felt going into this match I was playing well enough to win,” she said.

“There’s definitely (been) times – I think the last time I played her – I probably did (not) feel like that, like I didn’t play great after the first few games and then things went quite quickly. That wasn’t the case today.

“I think that’s a really important thing that when you are playing against someone who has had the better of you every time. You have to believe that otherwise you might as well not even walk out there.”

Her resurgence can be attributed in part to rediscovering her serve.

“I feel like the start of the clay court tournaments, the start of being on the hard courts, my percentage was pretty low and not so good,” she admitted.

“I feel like I have better rhythm and timing on my serve again, which is a good thing.

“There’s a lot of things I feel like I’m doing well. You obviously want those to still be better. I’m not going to try to improve something that’s not going to help me win my matches. I’ve got my weapons and that’s what I’m going to keep working on.”

With her form this week in New York somewhat reminiscent of her golden years of 2009 to 2012, Stosur said she looked forward to the remainder of the season with optimism.

Her main goal during her swing through Asia in the coming months is to maintain a greater level of consistency and avoid the dips in level that have plagued her throughout 2015.

“I feel like my tennis has picked up. I really want to try to keep it there,” she said.

“I’ve probably gone through stages this year of playing really quite well and then have big dips. (I will) try to avoid that happening again.

“I feel like I’ve put myself in a decent position now, won three matches here, played well today. I want to try to keep in that form.”