Millman fights but falls to Stakhovsky

John Millman had his chances during his first-round match before Ukraine's Sergiy Stakhovsky got the better of him at the US Open. 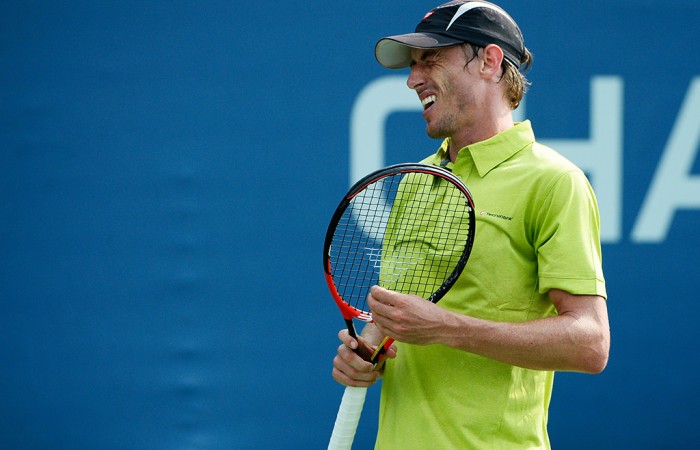 Update 8.25am: John Millman has fallen in four sets in the opening round of the US Open to Sergiy Stakhovsky.

Millman gained four set points – two in the ninth game, two in the 11th game – on Stakhovsky’s serve in the third set but was unable to win one.

Australian tennis’ biggest rankings riser lamented his failure to convert any of those chances.

“It probably hinged on that,” Millman said.

“I started terribly and then I worked my way into the match and third set I had some chances – all on his serve – and the majority of times he played some good points.

“It was frustrating out there because I really did feel like after the first set that I was in most of his serve games and that makes it tough to stomach.”

After two shoulder surgeries wiped out two years of his career, the affable Queenslander has dragged his ranking from outside the top 1,000 to 72nd in the world in a season highlighted by his run from Wimbledon qualifying to the second round.

“I set a high benchmark here,” he said.

“I definitely would have liked to have won a round or two here to see how I progressed from there.

“Obviously that makes it disappointing when you don’t get through.

“To have these experiences to get my ranking to where it is has been great. But the key thing is, when you get there, you want to make the most of it. Today was just frustrating.”

The 60th-ranked Stakhovsky went on to claim that third set before breaking serve in the final game of the match to seal victory.