After saving match points and battling for almost three hours, Sam Groth has overcome Jared Donaldson to reach the second round in Winston-Salem. 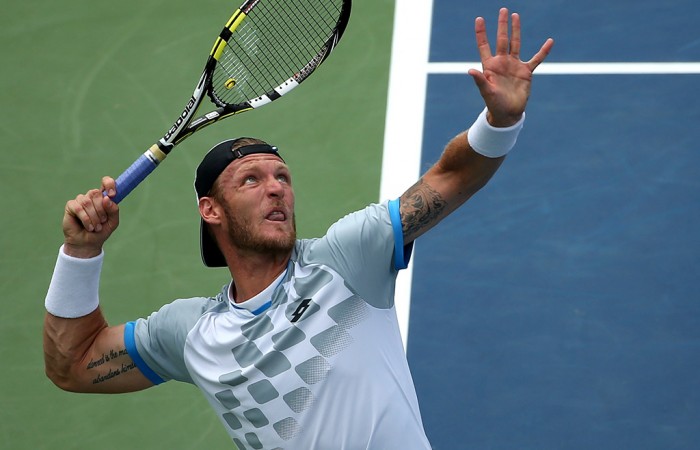 Sam Groth has come through an intense opening round match to progress at the ATP event in Winston-Salem.

The match extended two hours and 49 minutes, with Groth recovering from being a break down in both the second and third sets.

The match points came in the 10th game of the second set, when the 18-year-old Donaldson led Groth 15-40.

But the Aussie came up with two big serves – he finished the match with 18 aces – to escape.

Next up for Groth is 13th seed Steve Johnson, also of the United States.

Fellow Australians Thanasi Kokkinakis and James Duckworth will contest their first-round matches on Tuesday at the ATP 250 event, the last of the US Open Series.