Thanasi Kokkinakis and Casey Dellacqua have boosted the Aussie contingent to six after qualifying for the main draw of the ATP/WTA event in Cincinnati. 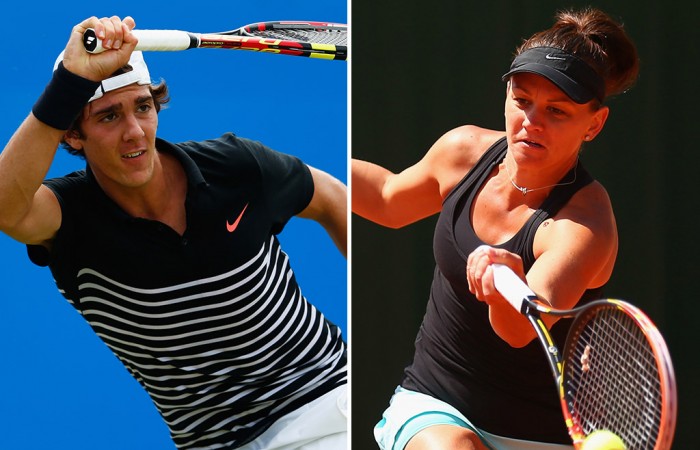 Australians Thanasi Kokkinakis and Casey Dellacqua have moved through to the main draw at the ATP/WTA event in Cincinnati after qualifying at the weekend.

The win also extended his impressive record in qualifying to 15-1; he has now qualified for six ATP events in 2015.

Dellacqua advanced to the main draw with a gritty 6-4 2-6 6-3 victory over the hard-hitting Mirjana Lucic-Baroni of Croatia.

The West Australian sealed the win in 95 minutes.

She next faces fellow qualifier Mona Barthel in the first round of the main draw, with the winner earning a second-round meeting with either No.10 seed Carla Suarez Navarro or Washington DC champion Sloane Stephens.

Dellacqua joins fellow Aussies Sam Stosur and Daria Gavrilova in the WTA main draw, while Kokkinakis bolsters the Aussie men’s contingent to three; Bernard Tomic and Nick Kyrgios are the other contenders.