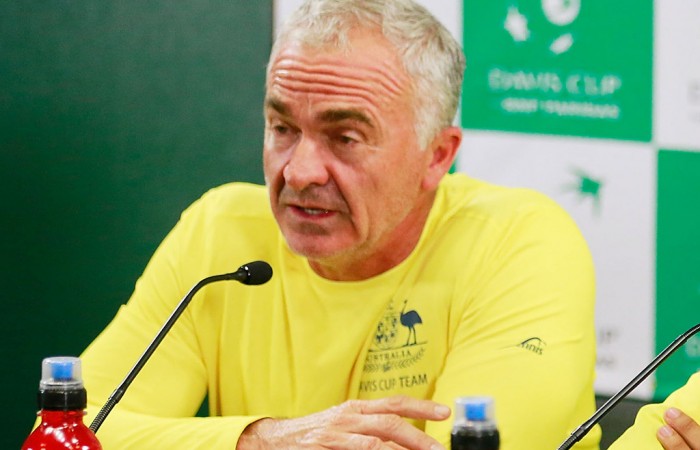 The following is a statement from Wally Masur, Australian Davis Cup captain.

“Some news outlets have reported that I have attempted to defend or even tried to play down the severity of the recent remarks made by Nick Kyrgios and that his selection in the Australian Davis Cup team has been guaranteed.

As this theme keeps coming through in subsequent reports and now others are making comment about my views based on these reports, I feel compelled to reiterate my main reaction to this event, which is one of concern for the innocent victims of the Nick Kyrgios remarks.

To be clear, it is my view that the comments made by Nick Kyrgios referring to other young tennis players during his match with Stan Wawrinka are unacceptable and ought be condemned. Misogyny has no place in society and Nick’s comments are incongruous with the standards expected of a professional athlete and a role model in our community. I echo the condemnation of his comments made by the ATP Player Council. I do not defend Nick Kyrgios in making these comments, nor do I defend the comments.

Putting in place a team of good people to work with Nick is part of the solution to this difficult situation, it is not, and never has been, an endorsement of his behaviour.

These comments took place during an ATP sanctioned event and as the responsible body, the ATP has taken initial disciplinary action.  The ATP is continuing their investigation into this incident and may deem further action appropriate. As the Australian Davis Cup captain, I now await the ATP’s determination.

The opportunity to represent Australia as a member of the Australian Davis Cup team is the greatest honour in men’s tennis. The selection of the Davis Cup team occurs in the weeks prior to a scheduled tie with available players selected on the basis of performance and general suitability to represent Australia. This criteria incorporates an assessment of a player’s sportsmanship and general conduct.

As regards the upcoming Davis Cup tie against Great Britain on 18 September, no decision has been made on the team yet. The team will comprise those available players who have been selected against the set criteria at the appropriate time by a Tennis Australia selection panel.