He may have gone down, but James Duckworth has given world No.5 Kei Nishikori an almighty scare in a second-round match under lights in Washington DC. 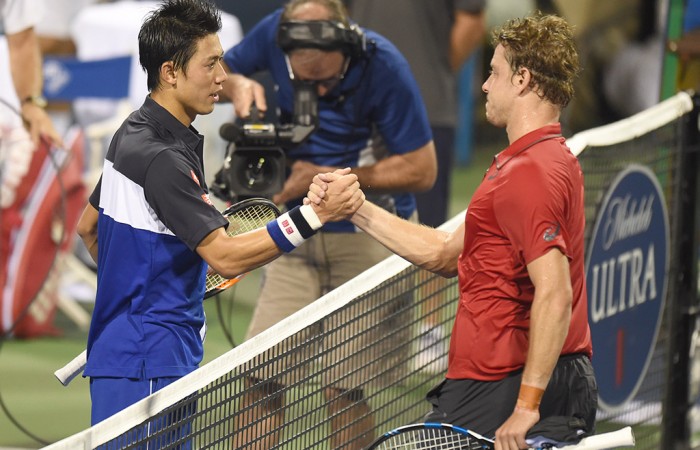 Taking on the second seed and world No.5 under lights on Stadium court at the ATP/WTA Citi Open, Duckworth won the first set before going down 6-7(8) 6-1 6-4.

Nishikori scraped through to a third-round meeting with either 16th seed Leonardo Mayer or Blaz Rola.

Duckworth took it to last year’s US Open finalist but was plagued by erratic serving.

He managed 16 aces yet committed 10 double faults, and while he was potent on his first serve – winning 77 per cent of points – he won just a third of points behind his second delivery.

Playing in his first tournament since withdrawing from Wimbledon due to a calf injury, Nishikori reached match point after two hours and 19 minutes, playing a forcing off-forehand to draw a final error from the Aussie’s racquet.