Bernard Tomic has completed a stellar week to successfully defend his title at the Bogota Open and win his third career trophy. 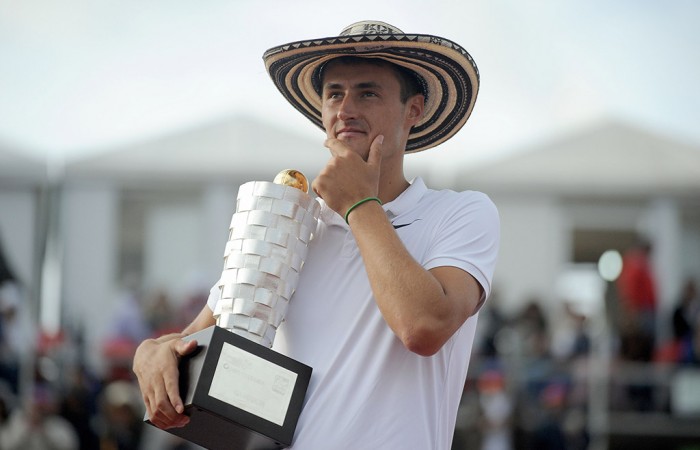 Update 10am: Bernard Tomic has completed a stellar week to successfully defend his title at the Bogota Open.

The Australian No.1 defeated Frenchman Adrian Mannarino 6-1 3-6 6-2 in Sunday’s final to secure his third ATP title, having also won the Apia International Sydney in 2013.

Sunday’s success was a morale booster ahead of next month’s US Open in New York.

“It’s been a very good year. I started at No. 70 (in the Emirates ATP Rankings) and am now close to No.20. It’s been a good seven months. I’ll try to play well the next three months and have the chance to be in the Top 15,” he said.

“Every title you remember. I’m very happy to have won my third title and to defend it here was amazing. I’m really happy with myself … This is my most consistent year.”

Although the season is only seven months complete, the Aussie has now won 30 matches in 2015, a career-best tally; in 2012 he won 26 matches.

Tomic is now unbeaten in nine matches in the Colombian capital after also lifting the trophy last year with victory over Croatian Ivo Karlovic.

But he had to fight hard against Mannarino, who fought back to take the second set and threatened to go on with the job in the deciding set.

Tomic sent down nine aces and saved five of the seven break points he faced to prevail after one hour and 32 minutes.

The victory completes an excellent weekend for Australian tennis, with Sam Stosur winning the WTA title at Bad Gastein on Sunday. 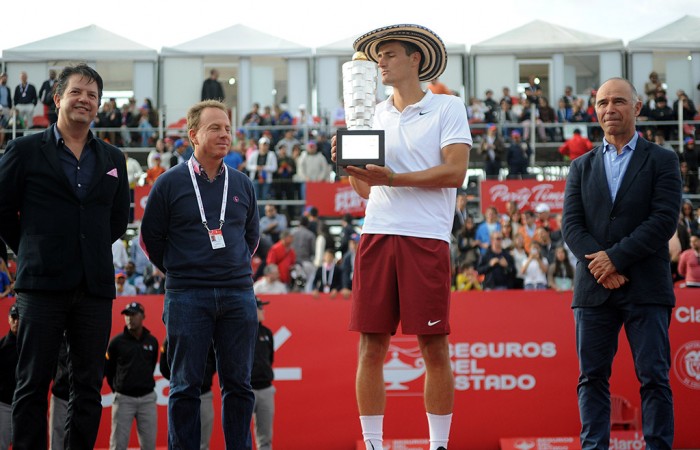