John-Patrick Smith's breakout week at the Hall of Fame Tennis Championships has continued after the Queenslander advanced to his first career ATP semifinal. 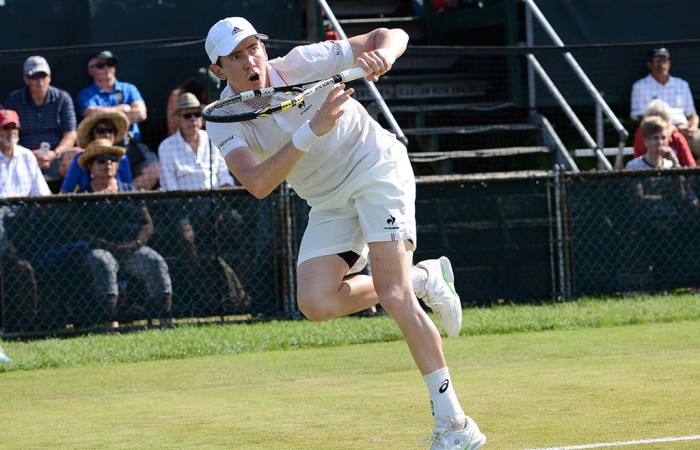 John-Patrick Smith has continued his stunning run at the Hall of Fame Tennis Championships in Newport, advancing to the semifinals.

Make that thumbs up #3 of the week for @jpatsmith as he makes his first ATP Semifinal. Well done 'mate!' #ATPNewport pic.twitter.com/Rs1dgA6Ai6

Next up for the Queenslander is American giantkiller Rajeev Ram, who upset No.1 seed John Isner in the first round.

For Smith, the world No.156, it is his first career ATP semifinal; he spoke to atpworldtour.com about his breakthrough week in Newport.