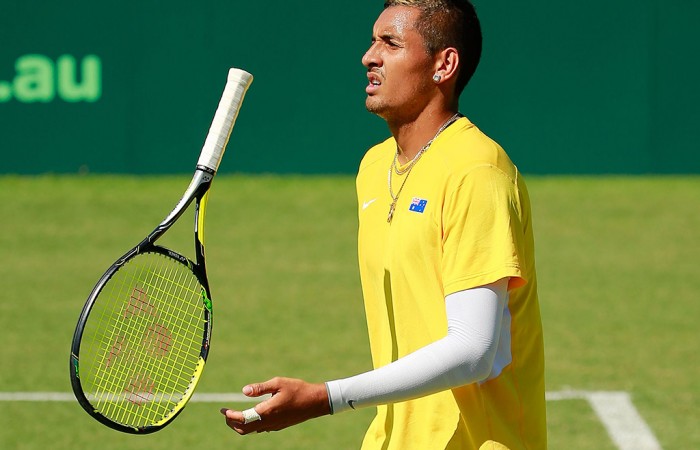 The Kazakh, ranked 115th but who has in good grasscourt form after qualifying for Wimbledon, served strongly and advanced on the net with plenty of success to outplay the world No.41.

The loss followed on from Thanasi Kokkinakis’ straight-sets defeat at the hands of Kazakh No.1 Mikhail Kukushkin.

“Physically I felt ok. I felt like my body was good. But mentally, I almost felt a bit drained out there,” Kyrgios said.

Of his inability to hold serve at a crucial point in the contest, Kyrgios conceded: “That hurt me mentally a lot.

“When you’ve got a chance to serve out the third set and give your team a chance to level up the tie – I blew that chance, which wasn’t great.”

Australia must win Saturday’s doubles rubber and both of its reverse singles matches on Sunday if it hopes to progress to September’s World Group semifinals.