Australia's John-Patrick Smith is through to his first ATP quarterfinal after beating American Jared Donaldson at the Hall of Fame Championships on Wednesday. 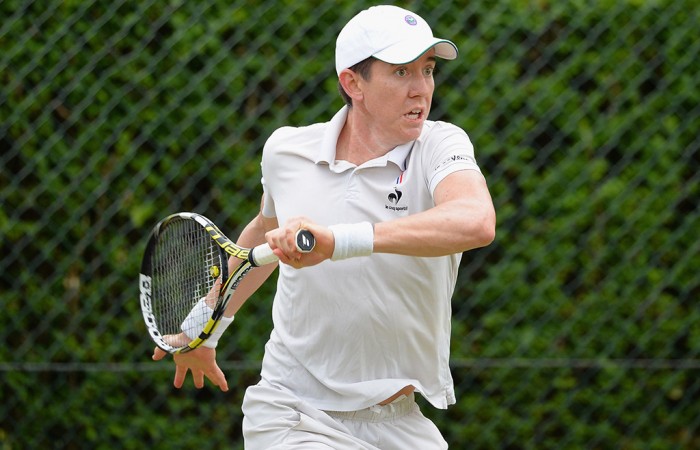 Australia’s John-Patrick Smith is through to his first ATP quarterfinal after beating American Jared Donaldson in straight sets at the Hall of Fame Championships in Newport on Wednesday.

The 26-year-old Queenslander, who is ranked 156th in the world, beat local favourite Jared Donaldson 6-3 6-1 in the second round.

Smith, who recorded 82 per cent first serves and was broken just once in their 54-minute encounter, upset world No.25 and compatriot Bernard Tomic in the first round.

Also advancing to the quarterfinals were Americans Jack Sock and Rajeev Ram.

The 31-year-old Ram – the world No.161 who last won the Newport title in 2009 – returned the various slices, lobs and other change-of-pace shots offered by Sugita.

“You see a lot of upsets here every year, it’s part of the game,” said Sock, who faced seven break points, saving four in the third set. “With the weather, I haven’t been in much humidity and heat – that took some adjusting to.”

Ram is making a solid run in the tournament.

“I’ve done this for long enough, it’s a completely different match, a different day,” Ram said of the short turnaround.