Dellacqua charges into round two

She said she got up for this match, and there was no doubting that; Casey Dellacqua raced to victory over Tamira Paszek on Tuesday to seal a second-round berth. 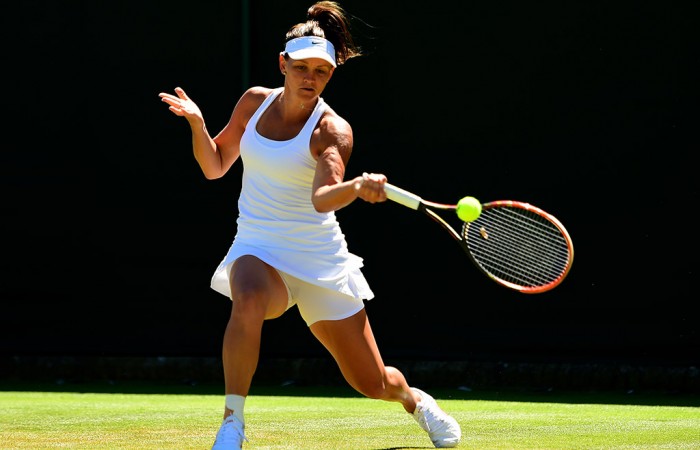 Casey Dellacqua has joined Australia’s Day 1 Wimbledon victors, scorching her way into the second round with an impressive victory over Austrian Tamira Paszek.

Dellacqua wasted little time on Tuesday morning, breaking the two-time Wimbledon quarterfinalist twice in the opening three games as she snatched the first set in just 24 minutes before rounding out the 6-2 6-2 victory in under an hour.

After years battling foot and shoulder injuries, Dellacqua is looking to improve on her best-ever Wimbledon finish when she reached the third round in 2008.

Dellacqua will next face Ukrainian 17th seed Elina Svitolina for a spot in the third round and the French Open doubles finalist says she’ll take plenty of confidence into Thursday’s match.

“I was so up for this match because when you make two quarterfinals of a Grand Slam, you’re obviously a pretty good player, and on this surface,” the West Australian said.

“So I was ready for this match and I had to take confidence from the fact I play really well on this surface too.

“I thought I played really well. I’ve been hitting the ball fantastic and I wanted to get out there and try and execute well tactically.

“I had a really clear game plan so I think that really helped me. When you step out on court, you feel comfortable with what you need to do and just focus on execution.

“I thought it was pretty clean.”

Stosur and Dellacqua will face each other in the women’s doubles event; Stosur’s win on Tuesday with Daniela Hantuchova set up a second-round match against Dellacqua and Yaroslava Shvedova, the ninth-seeded pair.