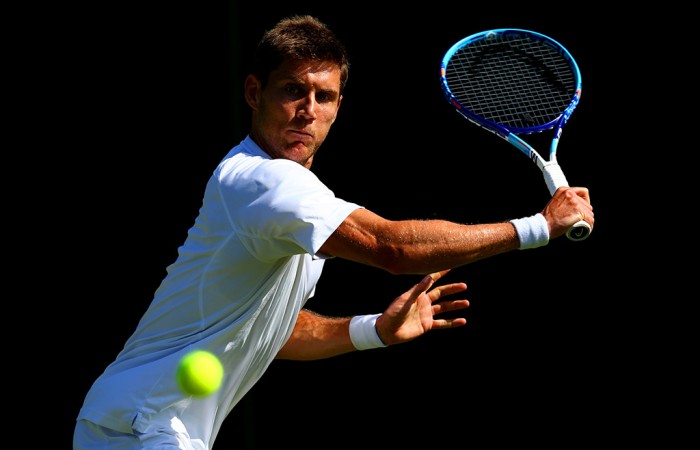 Unheralded Australian Matt Ebden says he’s ready to create history against Wimbledon ironman John Isner for a spot in the third round – but only if he has to.

Isner, the 208cm American known tour-wide for having one of the scariest serves in tennis, owns a piece of history at SW19 thanks to his extraordinary five-set victory over Nicholas Mahut in 2010.

And Ebden is confident he can go the distance if Isner is ready for a repeat on Wednesday.

“They’re some of my strengths – my movement and speed. Hopefully I don’t have to go that long. But whatever it takes, I’ll do.”

Ebden’s first-round win at the All England Club took his record to 10 wins from his past 11 matches, after his Challenger title in Surbiton and finals finish in Ilkley.

While he’s never ventured into the territory Isner and Mahut covered in their marathon fifth set – and nobody in history ever has – Ebden says he does have five-set match experience, having pushed the likes of Kei Nishikori, Mikhail Youzhny and Mahut in four-hour contests.

He’s also learned a thing or two from the master – Australian veteran Lleyton Hewitt, who built a career out of giving his all over five sets.

“I can play the long ones. I had a few of them,” Ebden said.

“I’ve been there and know what they take.

“In Davis Cup doubles I had a five-setter with Lleyton which we won. He showed me a few things.”