Jarmila Gajdosova is beginning to rediscover her form on grass after winning her third straight match at the AEGON International in Eastbourne. 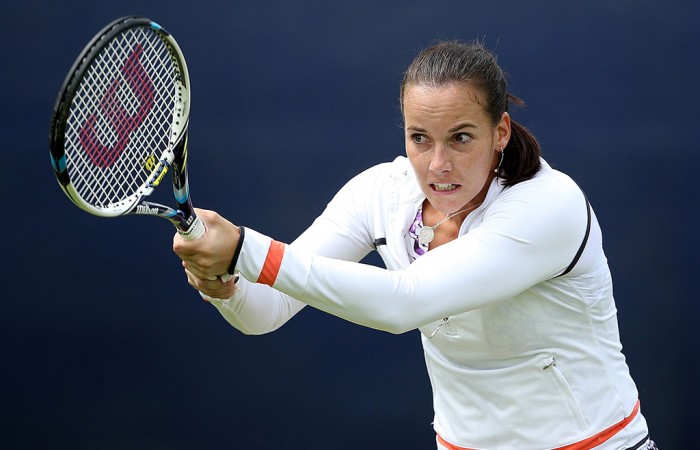 Jarmila Gajdosova has continued her impressive run at the AEGON International in Eastbourne with a come-from-behind victory over Lauren Davis in the first round.

Gajdosova recovered from a slow start to beat the American qualifier 2-6 6-2 6-1 in one hour and 37 minutes on Monday.

The Australian, who herself won two matches to qualify for the main draw, will attempt to win a fourth on the trot when she takes on No.2 seed Caroline Wozniacki.

She will face the Dane on Tuesday, on a day when several of her compatriots are also in action.

Daria Gavrilova will also take to the courts at Devonshire Park; despite falling in the final round of qualifying, she took top seed Petra Kvitova’s place in the draw as a lucky loser after the Czech withdrew with a viral illness.

With Kvitova receiving a bye into round two, Gavrilova will line up there against Italian Camila Giorgi.

Meanwhile, at the ATP event in Nottingham, Sam Groth will come back on Tuesday to complete his first-round match against German qualifier Mischa Zverev.

Groth took the first set in a tiebreaker and trailed 5-6 in the second set (on serve) when play was suspended.