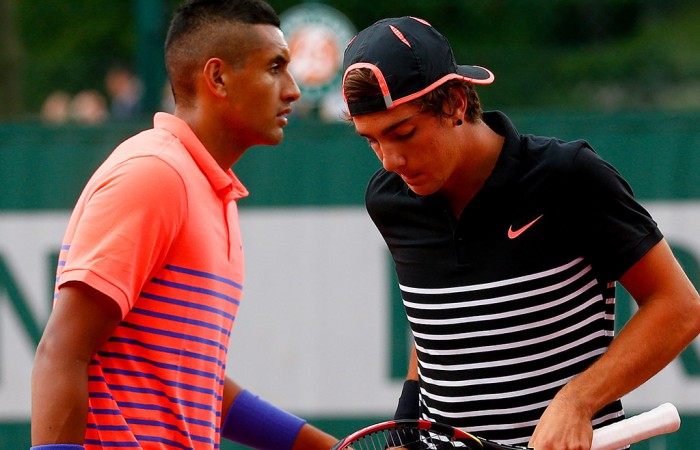 Top seed Djokovic survived an injury scare before coasting to a 6-1 6-4 6-4 win over Gilles Muller of Luxemburg.

Djokovic’s win over 33-year-old Muller was his 24th consecutive victory this year as he took another step towards a first ever Roland Garros title and completing a career grand slam.

But he needed a medical timeout leading 5-4 in the second set for treatment on what appeared to be a right groin strain.

It didn’t affect him too much as he quickly wrapped up the second set with a service game to love.

He eventually wrapped up the tie on Court Suzanne Lenglen after just an hour and 45 minutes, hitting an impressive 35 winners.

“The groin is nothing major. It wasn’t pleasant as the conditions changed. The court was slippy and I jammed the hip a little bit,” said the Serb.

Kokkinakis, making his Roland Garros debut on a wildcard, came back from 2-5 down in the decider to defeat his 27th-seeded compatriot Tomic.

He fired 19 aces and 71 winners despite taking a medical timeout after a nasty fall.

The Scot took his record to 12-0 on clay this season and he will meet 20-year-old Kyrgios, who enjoyed a walkover into the third round when scheduled opponent Kyle Edmund of Britain withdrew with a stomach injury.

“I realised towards the end of the second set he raised his level and I had to tell myself to weather the storm and his level would drop,” said Murray.