Nick Kyrgios has been given a free pass into the third round at Roland Garros after opponent Kyle Edmund withdrew from the tournament. 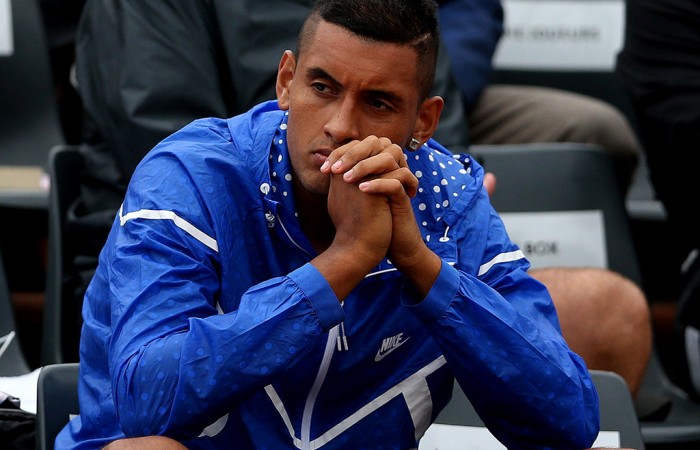 Nick Kyrgios has been given a free pass into the third round at Roland Garros after opponent Kyle Edmund withdrew from the tournament.

The 18-year-old Edmund of Great Britain, who had come through a five-set first round match over French veteran Stephane Robert, cited an abdominal injury.

The withdrawal was announced late on Wednesday night, and sends Kyrgios through to the last 32 in Paris for the first time.

Unfortunately I have had to withdraw from my second round match here at Roland Garros due to an abdominal injury.

Kyrgios, the No.29 seed, will face the winner of the match between third seed Andy Murray and Portugal’s Joao Sousa.

In other Aussie action on Day 5, compatriots Bernard Tomic and Thanasi Kokkinakis will line up on opposite sides of the net to play off for a third-round spot and a likely date with world No.1 Novak Djokovic.

Sam Stosur is the last Aussie female standing after a commanding performance on Wednesday; she will next take on second seed and defending champion Maria Sharapova.