Stosur storms into third round

UPDATE: Sam Stosur has thumped Frenchwomen Amandine Hesse to reach the third round at Roland Garros. Maria Sharapova is next. 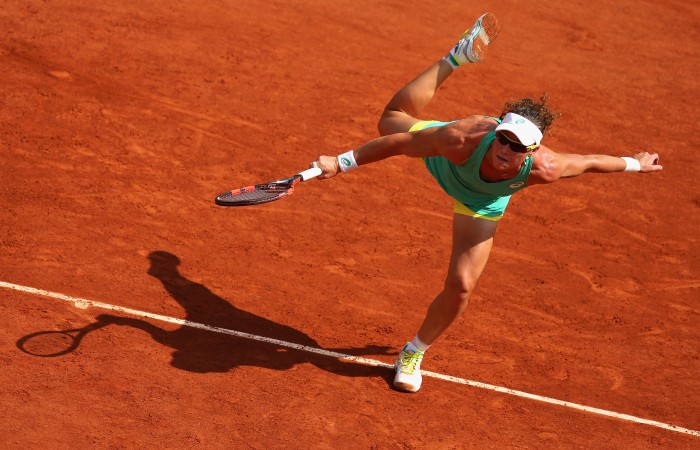 Sam Stosur is embracing a third-round showdown with defending champion Maria Sharapova after storming to the most one-sided victory of her French Open career.

The two Grand Slam champions collided in the fourth round last year when Stosur stood within two games of victory before Sharapova powered through the third and deciding set 6-0 en route to her second title in Paris.

“Last year was very close and all of a sudden it was very far away,” Stosur said after reaching the last 32 in Paris for the seventh straight time.

“That’s certainly a position I’d like to try to get in again and hopefully this time if I do get in a position, it won’t fall away so quickly.

“I do feel like I’m playing well. I have had a good lead-up and now I have played another really good match here, and it’s all going to help me going into this next one.”

Despite pushing the Russian powerhouse to three sets, Stosur was struggling for form and confidence this time last year, having contemplated giving the game away only a month earlier.

But fresh of her first title of the season and back with long-time coach David Taylor, who guided the 31-year-old to US Open glory and also her charge to the 2010 final at Roland Garros, Stosur admits she’s in a much happier headspace for Sharapova 12 months on.

“Right now I feel like I have really kind of turned a corner, playing the way I know that I can and the way I enjoy and doing the things that obviously make me have good results,” said the 26th seed.

“So that’s a much better place to be than where I was this time last year.”

But Stosur’s confidence can’t mask her lopsided 2-16 record against Sharapova, who didn’t seem too fussed to strike the Australian so early in the championships after sweeping past Russian Fed Cup teammate Vitalia Diatchenko 6-3 6-1.

“We faced in the fourth round here last year. I don’t know if there is much of a difference really,” said the world No.2.

“She had a good win last week, I believe. She’s always a tough opponent. She enjoys playing on clay, benefits a lot from this surface. Yeah, it will be a tough match.

“But I have a pretty good record against her. I enjoy our matches. I hope I can continue that.”